Ed Emery has deposited two large collections in the archive. The first is a collection of agitational ephemera, workers bulletins, news-clippings, and other materials from workers’ struggles at the Ford Motor Company between 1968 and the mid-1980s, with which he was involved as an activist. It is probably the most complete set of documents in the country of these important antagonisms in the automobile industry, giving insights into recent developments in capitalist production, class composition, and industrial action in a time of de-industrialisation from the perspective of workers, strikers, and organisers. The collection, which includes materials from across the UK, focuses heavily on materials produced by workers and agitators at Ford’s Dagenham plant, with most of the material arising from the 1970s. During this time, the strikes at Ford were a leading edge in the battles of the working class, through the oil crisis to the Winter of Discontent. Meanwhile, these local struggles were brought into relation with international workers fighting in the car manufacturing, especially in Italy.

Ed has additionally deposited a large section of his personal archive. The majority of this material consists of translations, especially from workerist and autonomist writings and from Italian radical theatre. The collection contains translations, edited typescripts, layouts, and manuscripts, from figures including Dario Fo, Franca Rame, Antonio Negri, Sergio Bologna, and Ferruccio Gambino. Alongside these translations are a range of original writings, layouts and typescripts from “Red Notes”, children’s stories, a “Songbook of the People of No Property”, as well as documentation of a whole host of other adventures and projects!

This substantial MDR archive sits alongside smaller deposits currently housed at the LSE Library, the Bishopsgate Institute Library and the University Library in Cambridge. 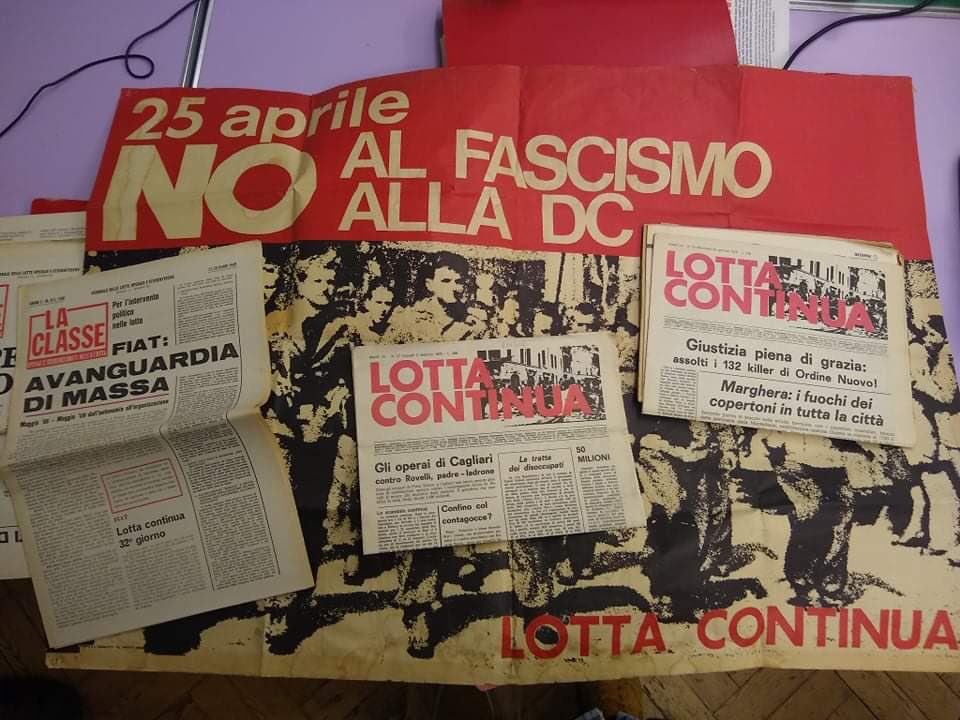 All material uploaded on this site is licensed under a Creative Commons Attribution-NonCommercial-ShareAlike 4.0 International License.
Based on a work at maydayrooms.org.
Permissions beyond the scope of this license may be available at in-formation@maydayrooms.org.