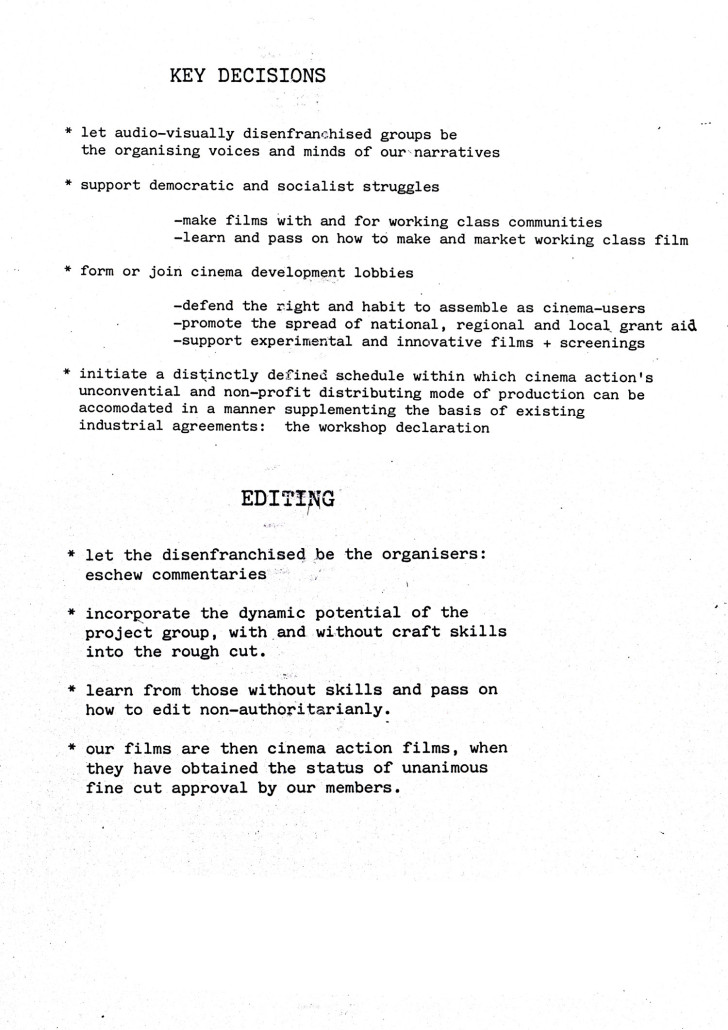 Cinema Action was among several left-wing film collectives formed in the late sixties. The group started in 1968 by exhibiting in factories a film about the French student riots of that year. These screenings attracted people interested in making film a part of political activism. With a handful of core members – Ann Guedes, Gustav (Schlacke) Lamche and Eduardo Guedes – the group has pursued its collective methods of production and exhibition for nearly twenty-five years.