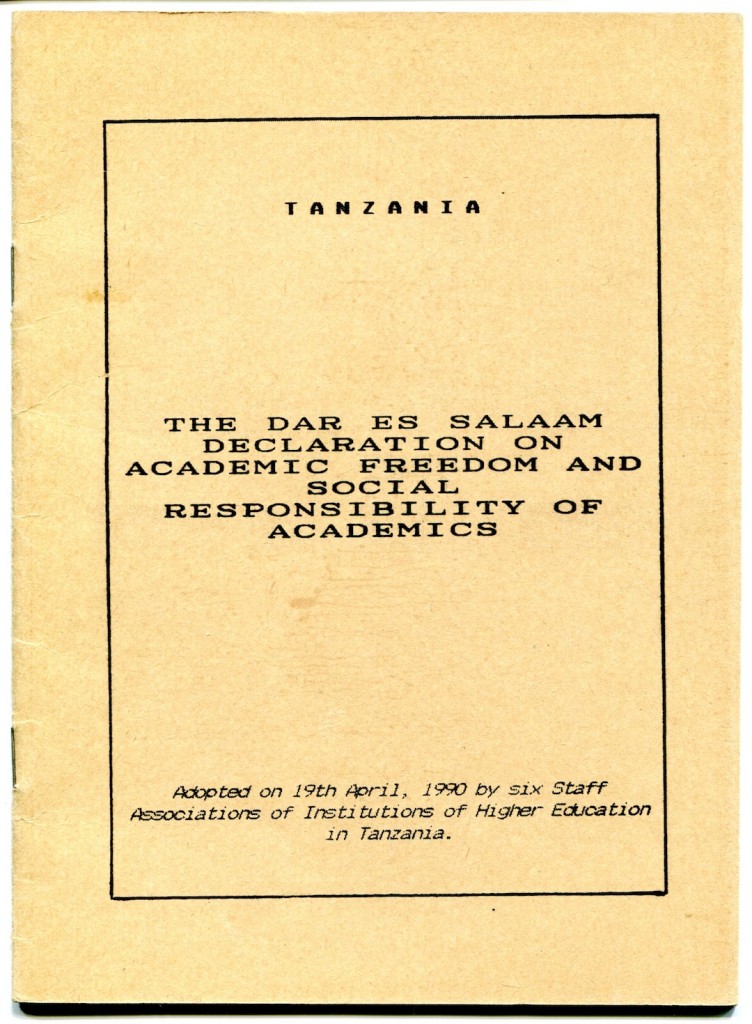 Established in the Spring of 1991 by George Caffentzis and Silvia Federici, the Committee for Academic Freedom in Africa consisted of “people teaching and studying in North America and Europe who are concerned with the increasing violations of academic freedom that are taking place in African Universities.” Throughout its twelve year history they published a newsletter that featured “action alerts” about student struggles on African campuses and documented the impact of World Bank and IMF policies on African education. Amongst CAFA’s aims was to establish an “action-network” to respond to emergencies and to lobby often quietistic teachers’ unions. The comprehensive archive, lodged with MayDay Rooms by Silvia and George, contains, across three boxes, a full set of newsletters, correspondence, supporting documents, press-clippings from many African countries and a series of articles by writers who contributed to the CAFA project.