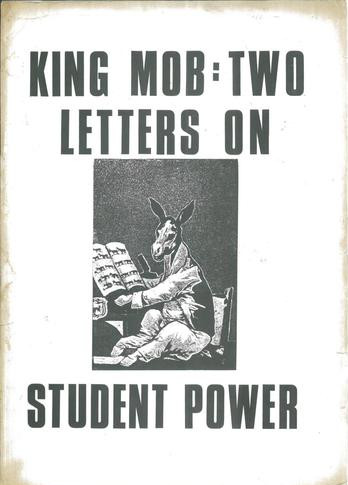 A small collection of materials mainly relating to the English situationists, ‘King Mob’, and the LSE occupation in early 1969. The collection includes original prints of King Mob journals, King Mob posters from the LSE occupation, copies of various situationist and anarchist periodicals from the late 1960s, a brochure for the Anti-University, press clippings and internal documents from the student movement including a draft constitution of the RSSF. Alongside a paper collection, Catherine has also contributed a number of photographs of situationist posters. The collection also includes a small number of press clippings and fliers from the Jake Prescott and Ian Purdie defence group.