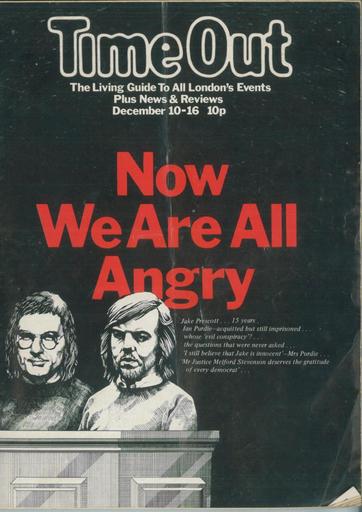 A large number of issues of Time Out, Private Eye, and City Limits – publications on which her late husband Crispin Aubrey worked – from the 1960s through to the early 1980s. These publications sit in our archive alongside a new special collection in the Statewatch Archive, which deals with materials from the ABC official secrets act trial of 1978, in which Crispin Aubrey was a defendant. They also compliment our existing archive of Not Time Out, the publication produced by the striking workers at Time Out in 1980.