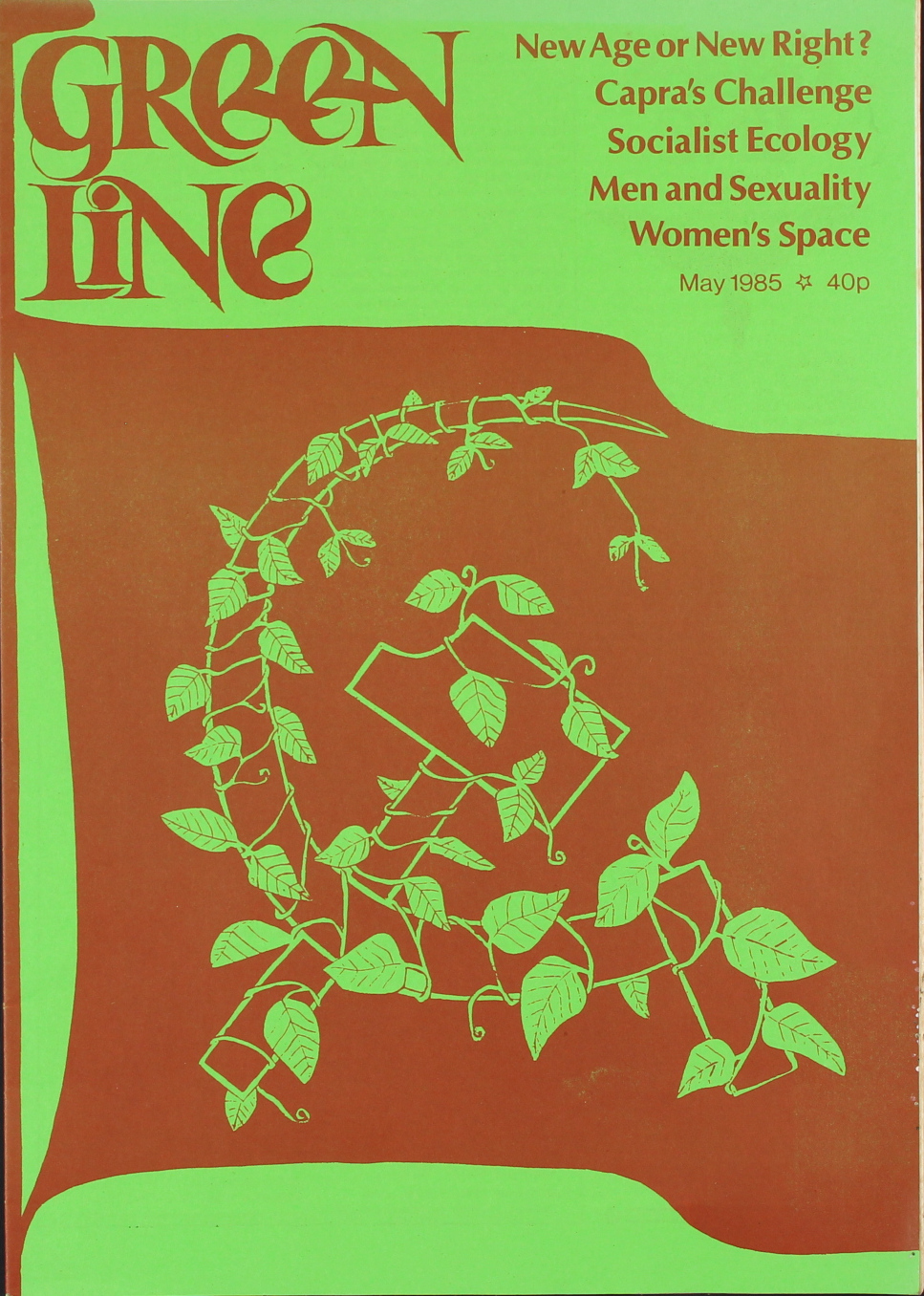 A complete run of 36 issues of Greenline Magazine, which Jon published between 1982 and 1985. These magazines document the early years of the radical ecological movement: a subject that we increasingly have well represented in our archives. The magazines describe a burgeoning movement, in which there were particularly close ties between ecological thinking movement and the peace movement, at a time in which both war and environmental collapse appeared as twin apocalyptic threats. There are also interviews with politicians and figures from public life, discussions of feminism, global politics and economics, and disputes around left politics and the New Age, as well as more practical issues of ecological and sustainable living. These are presented alongside discussions and letters about ongoing activism (including actions of the peace movement at military installations) and protest. Each magazine has a beautifully cover designed by Richard Hunt.