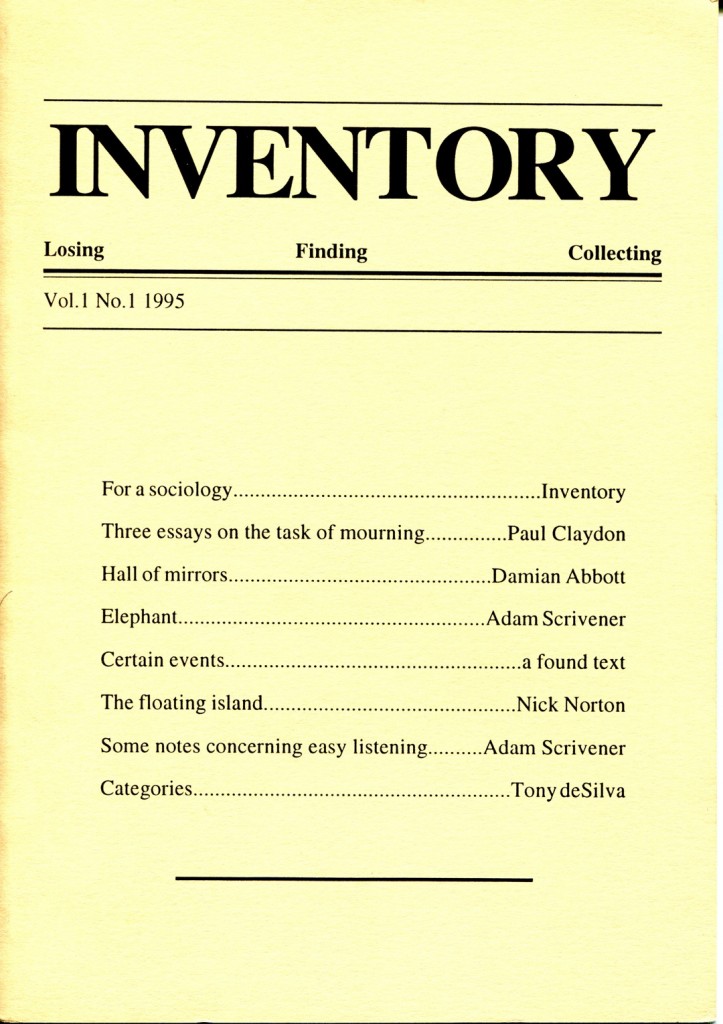 This journal for fierce sociology, for finding, losing and collecting, first appeared in the mid ‘90s and continued in various forms for a decade. The journal was the spine of Inventory, a thread enabling it to shapeshift into posters, stickers, radio broadcasts, films and installations. At the outset they declared an independence from categorical norming and hierarchical dogma: “Our material has been collected from the four corners of the floating city, and no object, text, picture has been held in higher esteem than the other.” This lack of restriction gave room for its writers to wriggle free from disciplines and invent true stories from material found lodged in the cracks of the tarmac and in the pot holes of the set text. Inventory recently resurfaced in the Fleet Street Area and left us copies of their journal (1995-2005) as well as a box of ephemera that has been dubbed the Inventory ‘Time Box’.