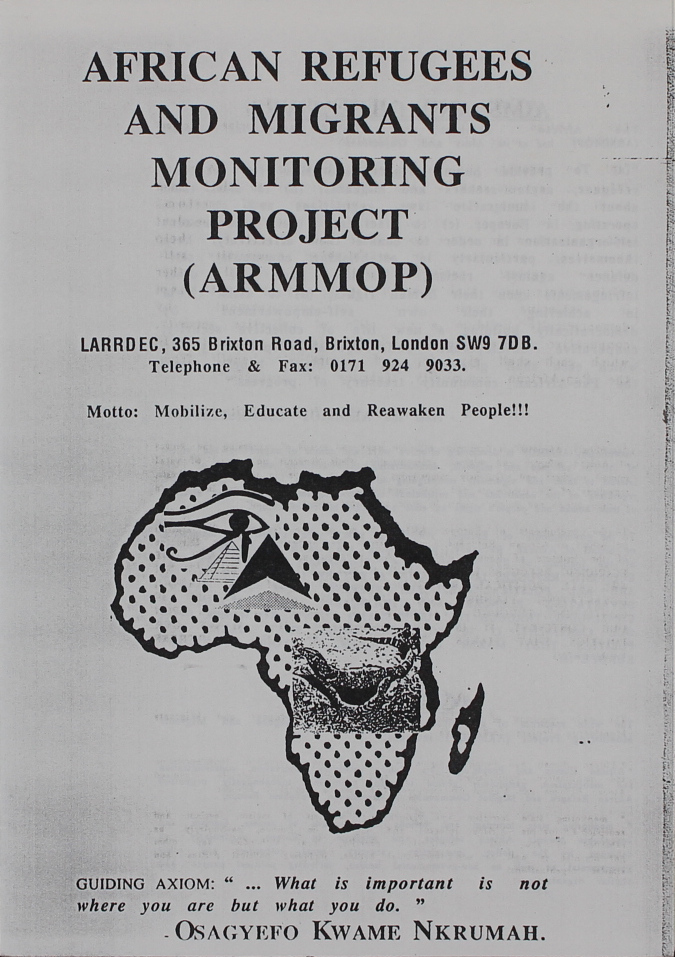 MayDay Rooms collection of materials related to the Committee for Academic Freedom in Africa and the group that has gathered around it has led to a deposit of activist materials based around de-coloniality, reparations campaigns and debt cancellation. Many of those UK-based activists involved with Jubilee 2000 gathered at MayDay Rooms in November 2015 for a consultative dialogue entitled ‘Afrika in Debt Bondage.’ Thanks to Kofi Klu for this assortment of flyers, posters, magazine and texts.