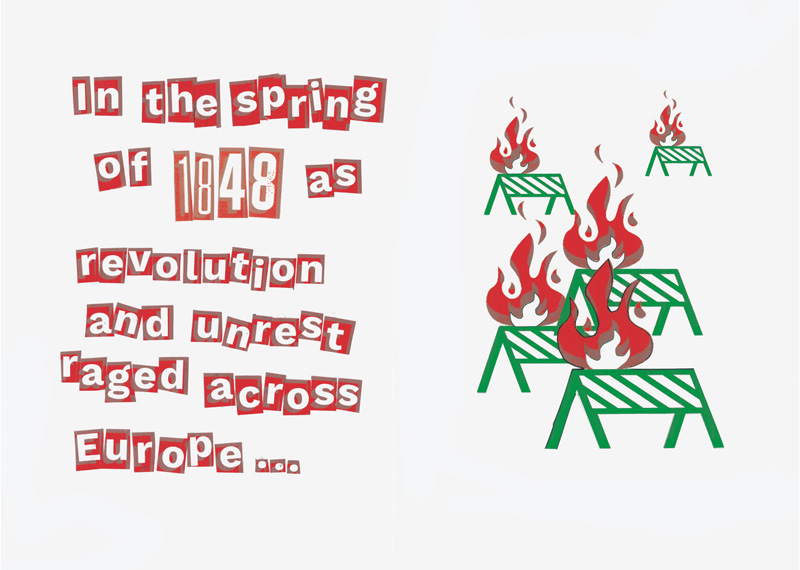 Kennington Park’s ‘hidden past’ is tightly linked with radical working-class history that pivoted on the Enclosure of Kennington Common in the mid-19th century and its subsequent landscaping as a Victorian Royal Park.The key ‘hidden’ event, absent from the official narrative, is the Chartist monster rally of 10th April 1848, which happened during the European “year of revolutions”.

Stefan Szczelkun’s materials, housed at MDR, present an attempt to change public perception of this public space. Stefan conducted an informal ethnographic inquiry into the park’s working-class past and the recent attempts to erase it. The documents collected reflect his multidisciplinary engagement in various projects and groups active around Kennington Park in the 90s and 2000s. From slides, maps, drawings, news clippings to self-published pamphlets, Radical Southwark ephemera, RTS leaflets and Friends of Kennington Park minutes – the collected materials are a valuable resource for anyone willing to research the contested history of one of London’s landmark public spaces.