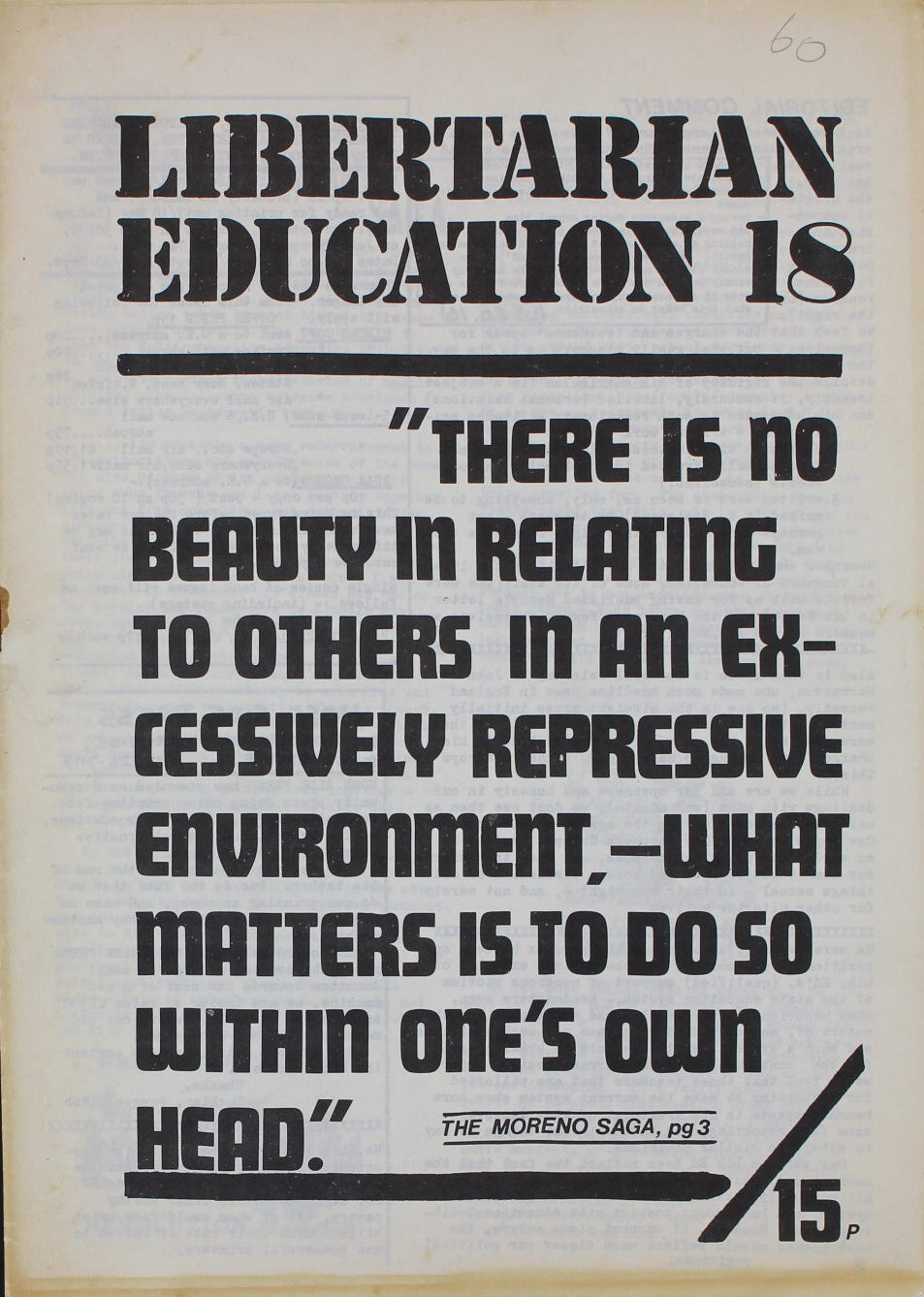 From its beginnings as the Libertarian Teachers Association in 1966 up to its present day incarnation as an e-magazine and book publisher the shifting collectives around this consistent venture has continued to press for “the liberation of learning”. Passing though several phases during its 50 years history the magazine has covered educational issues and enthusiastically reported on daring educational initiatives that have followed in the wake of the work of Homer Lane and A.S Neil. We are grateful to Richard Musgrove of the ‘Lib Ed’ Collective for loaning a full run of Volume 2 (Spring 1986 to Summer 1999) as well as a selection of Lib Ed Books, scans of the first three issues of Libertarian Teachers’ Association Newsletter (1966-67) and the classic ‘Play’ issue from 1994.