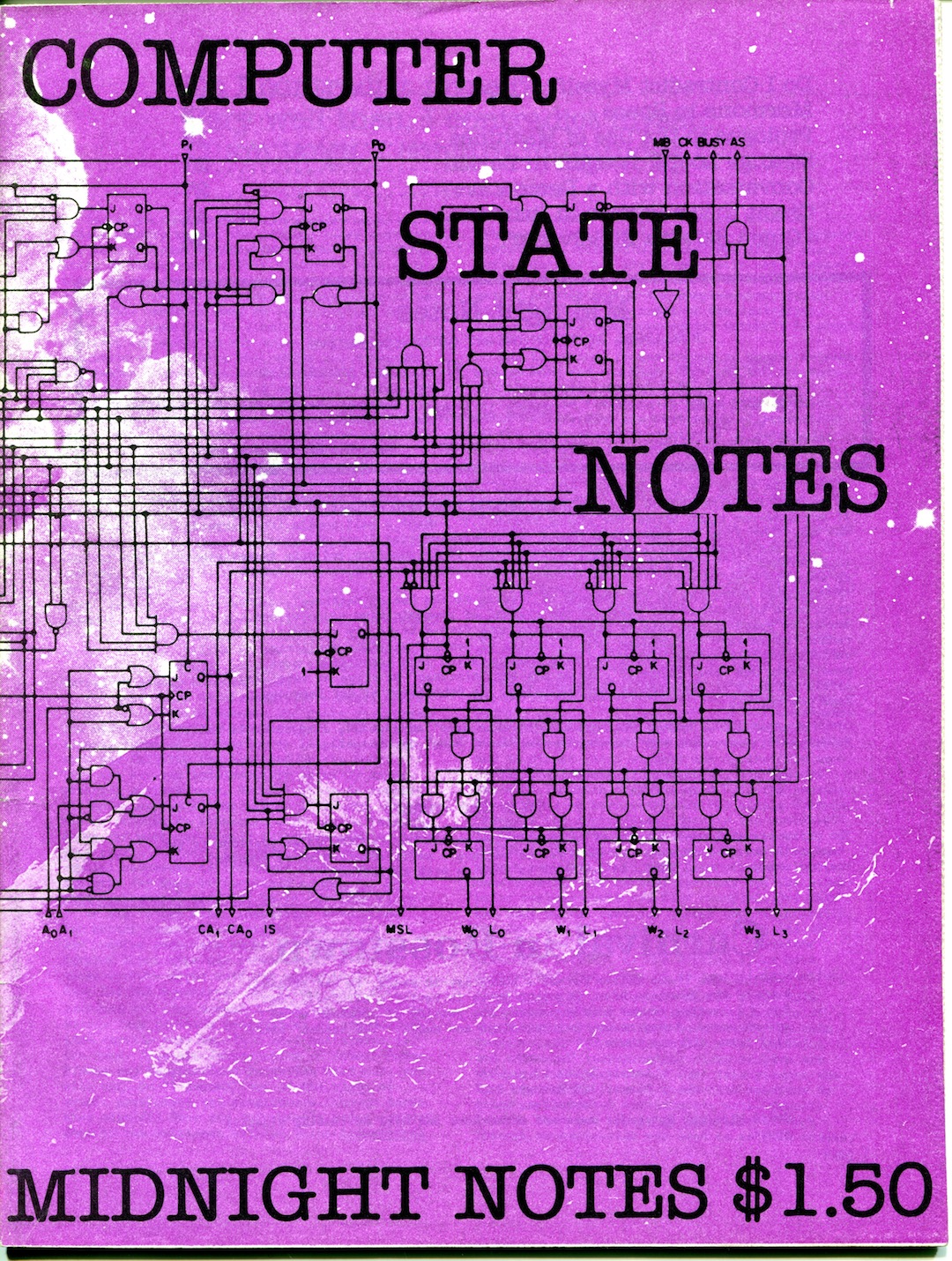 The Midnight Notes collective, which marked a coming together of various radical strands of US left politics, began publishing its journal in 1979. The strands that comprised it could be said to have been influenced by the late 60s protest movements that included anti-colonial struggles, Italian autonomist Marxism and the Women’s Liberation Movement. A retrospective text from 2009, entitled ‘High Entropy Workers Unite!’, describes the project as having been “an anomaly in the United States Left” that had at its inception a concern to “theorise social struggles and class composition”. Internationalist in outlook it maintained a class perspective as it charted the changing crises of capitalism, changes that are reflected in the themed issues of its journal: the anti-nuclear movement, the work/energy crisis, technological revolution, globalisation, the new enclosures. A full set of these journals as well as associated pamphlets, correspondence and ephemera covering the period 1979 to 2009 were kindly donated by George Caffentzis.