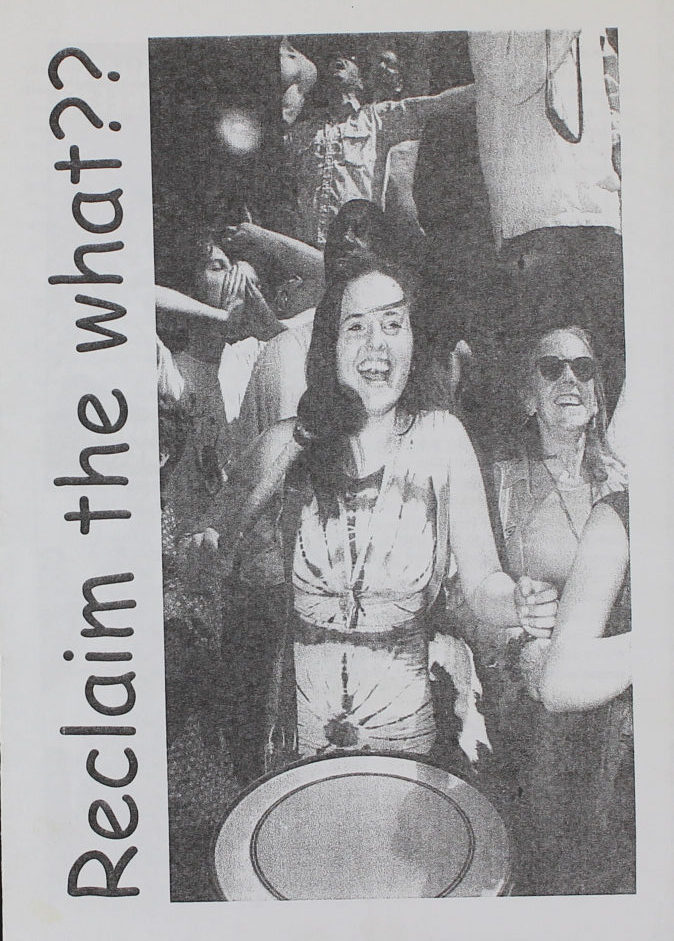 Reclaim the Streets (RTS) began in London during the 1990s, both as a playful form of protest in the guise of a street party, which was soon replicated across the globe and as a local hub of social and ecological direct action. London RTS published the Financial Crimes for the mobilisation against the International Monetary Fund and World Bank’s Prague Summit in September 2000. The situationist practice of détournement (diversion, hijacking or misappropriation) informed the production of this and other spoof papers, such as the Evading Standards (also issued by RTS for the previous year’s ‘June the 18th’ Carnival against Capital in the City of London). This practice entailed abandoning cultural production itself and instead plundering and closely mimicking existing cultural forms to subvert their original intent for propaganda purposes. MayDay Rooms holds a collection of materials relating to Reclaim the Streets and associated networks.