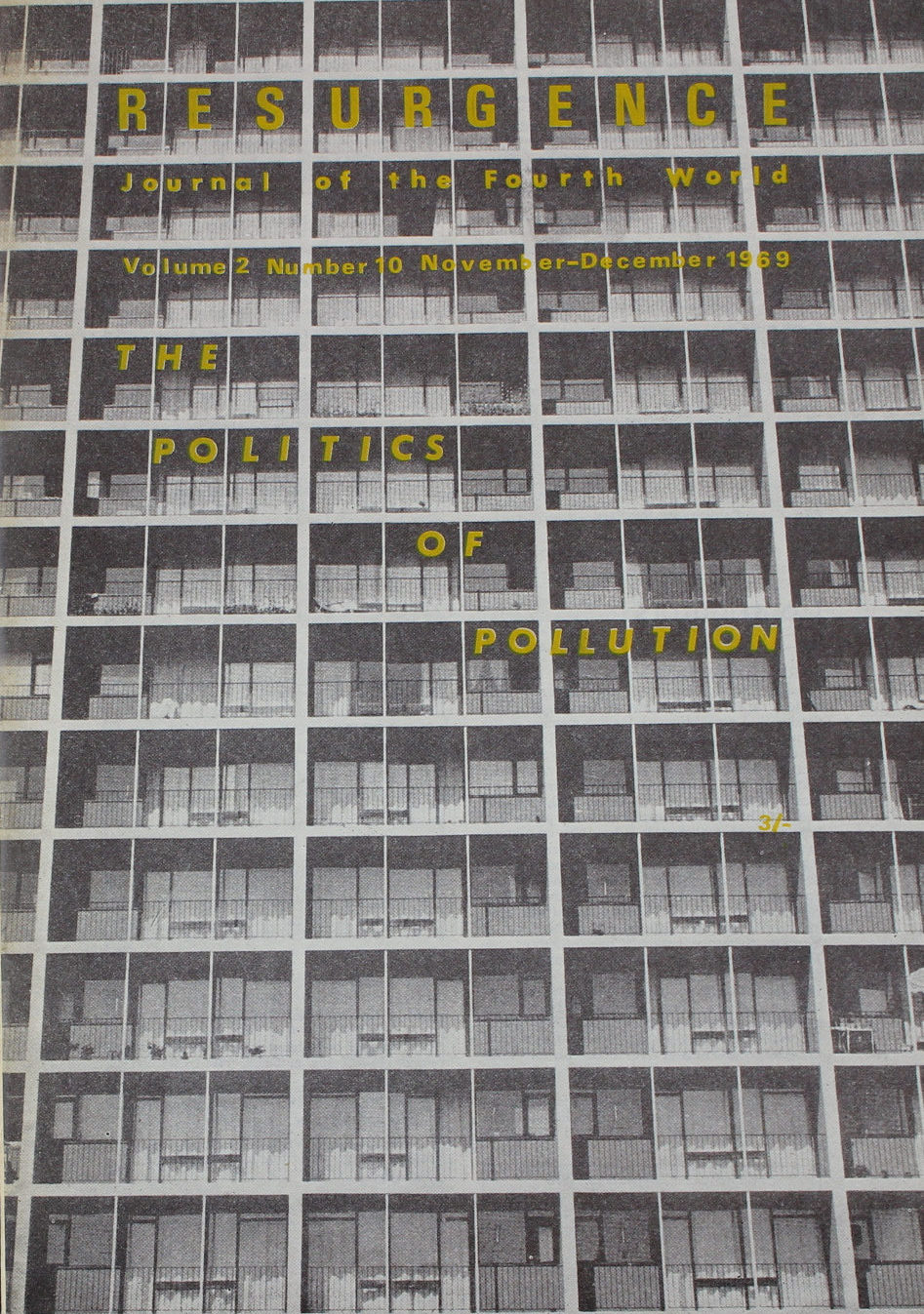 Resurgence Magazine was founded by John Papworth, Leopold Kohr, E. F. Schumacher, and Herbert Read in 1966. The magazine described itself as a “Journal of the Fourth World” and published articles and letters from the perspective of ecology, localism, classical anarchism, and small-scale economics. Articles in the magazine range from dealing with global struggles, to activism in the UK, to movements for international peace. The magazine also had a commitment to publishing new poetry. MayDay Rooms holds a small run of fourteen early issues from 1969-1971.