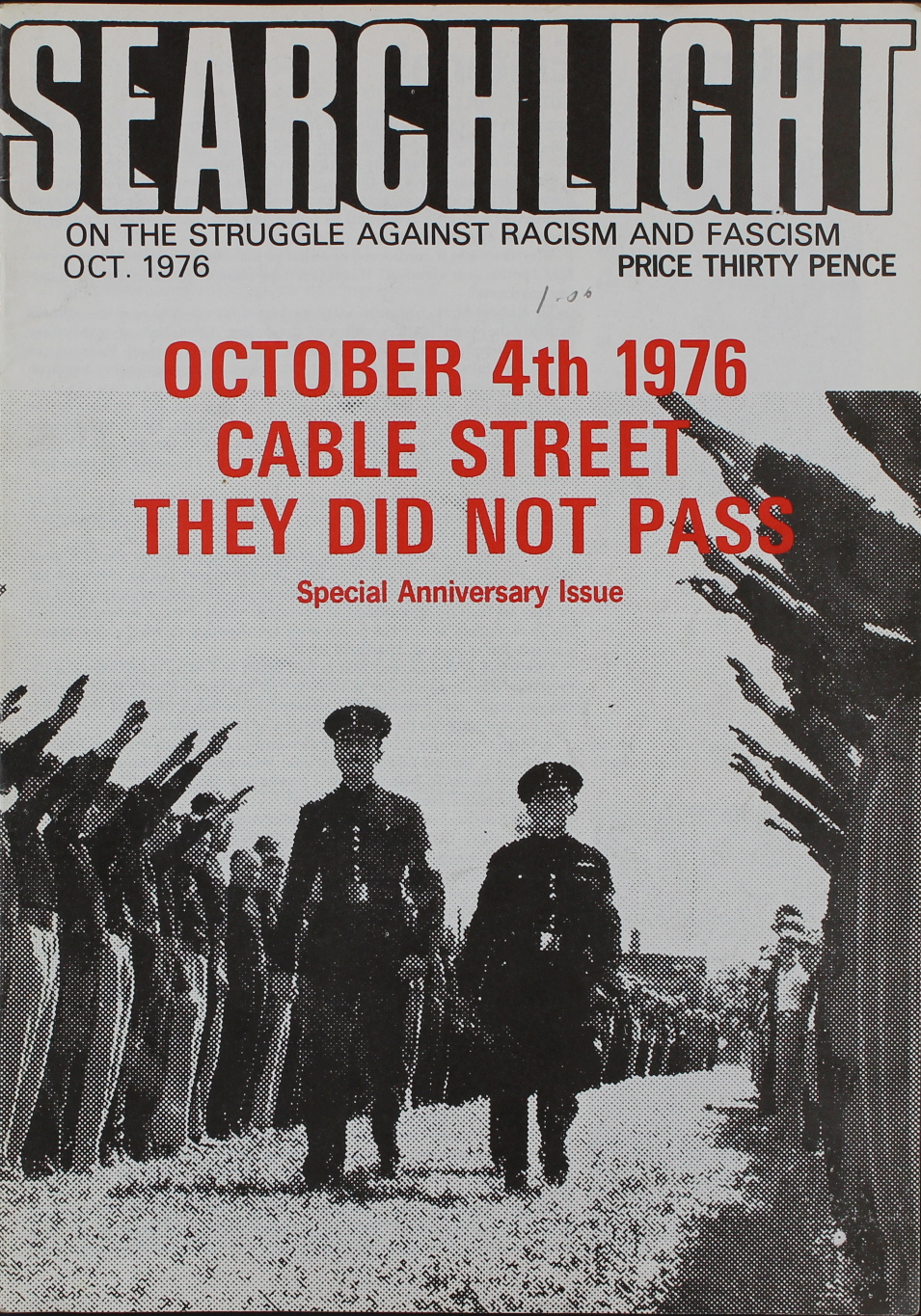 An incomplete run of approximately 100 issues Searchlight Magazine – which reported on far right movements – has been deposited in the archive. The magazines run from the 1970s to the 2000s and include detailed reports of fascist and racist organisations and actions both in the UK and internationally, and anti-racist and anti-fascist responses.