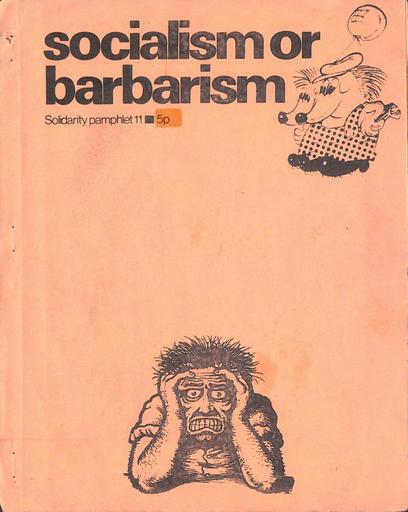 The libertarian socialist group Solidarity was set up in 1960 by former members of a British Trotskyist organisation, the Socialist Labour League. Under the intellectual influence of Chris Pallis (a.k.a. Maurcie Brinton), members adopted a political perspective close to that of Socialisme ou Barbarie in France. Solidarity adopted a critique of contemporary capitalism from this French sister organisation, which emphasised its increasingly bureaucratic qualities. Both groups also developed a libertarian socialist perspective, which became increasingly distant from Marxism without abandoning a comitment to revolutionary politics. MayDay Rooms holds an incomplete collection of Solidarity pamphlets and issues of the group’s eponymous journal.