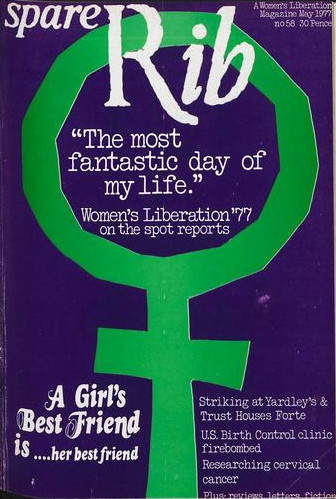 Spare Rib was probably the most widely disseminated magazine of the Women’s Liberation Movement during the 1970s and 1980s. As part of a magazine culture that combined left-wing politics and wide dissemination of ideas (publications such as Spare Rib, Time Out and The Leveller had circulations in the tens of thousands), Spare Rib provided the leading feminist voice. The magazine was started in 1972 by Rosie Boycott and Marsha Rowe, although within a few years the editorial team had become a collective. Of particular interest are the letters pages, on which many of the biggest debates of the women’s liberation movement were played out. Our collection of issues is not a complete run and we are always looking for donors who want to help us complete our collection. Of particular interest are early issues.