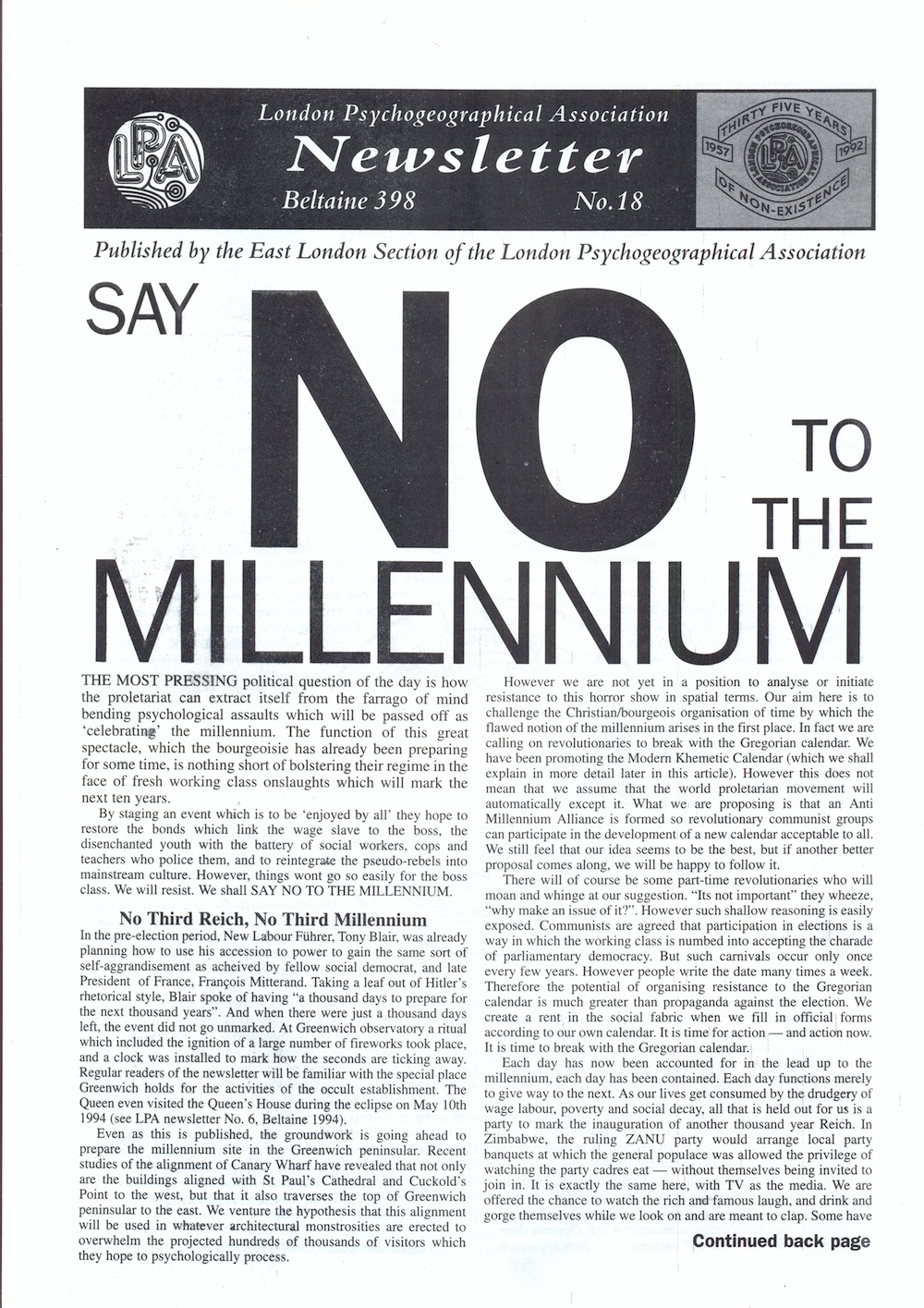 The LPA was first mooted in 1957 by the British artist Ralph Rumney who was amicably expelled from the Situationist International for his failure to deliver a psychogeographical report on Venice. Just as the report eventually surfaced in accordance with its own timescale, this psychogeographic project was reinvoked in the early 1990s as the LPA East London Section by Fabian Tompsett. After 35 years of non-existence a series of newsletters and pamphlets began to be issued to report on the persistences of ruling class power and on free associational drifts through history. With an open non-sectarian context and contributions from writers associated with the Luther Blissett multiple name, the LPA newsletters regularly displayed a humour reminiscent of Class War and added to this a parodic erudition to some degree aimed at exposing the pretentions and callousness of a western enlightenment tradition and how this persistently feeds into blunting the left opposition. LPA activities included trips to destinations of psychogeographic interest (including an American Civil War battlefield in London’s Globe Town), the organization of three-sided football matches and the inauguration of bus stop competitions. MayDay Rooms are happy to have received a collection of Newsletters, ephemera and mysterious samizdat from Fabian. Open Up The South East Passage!