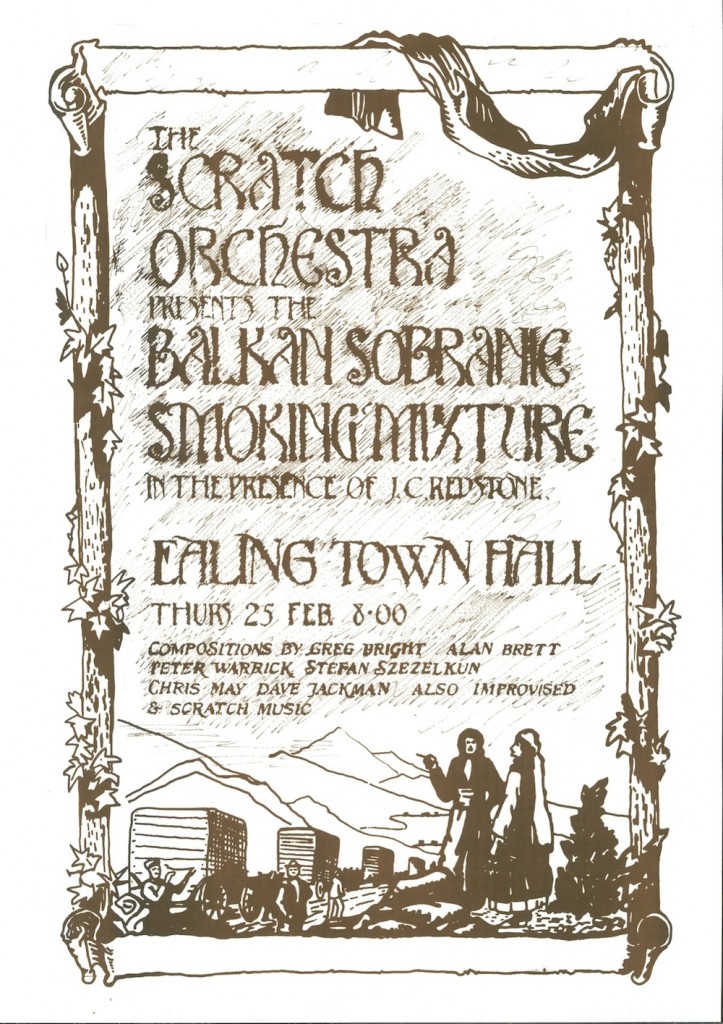 The Scratch Orchestra grew out of a series of music composition classes held at London’s Morley College. The classes were instigated by Cornelius Cardew, Michael Parsons and Howard Skempton and were attended by avant-garde musicians and artists interested in exploring sound. From this, in July 1969, the Scratch Orchestra was formed; it was described, in its draft constitution, as “a large number of enthusiasts pooling their resources (not primarily material resources) and assembling for action (music making, performance, edification.)” The Scratch Orchestra, which drew together varying levels of musical ‘expertise’, performed its ‘music-from-scratch’, often based on written-instruction and graphic scores, in Town Halls, Village Halls, Universities, Youth Cubs, Parks and Theatres. The regularity of performance over its short life-span may well figure the Scratch Orchestra as a musical community; an intense experience of playing, travelling and living together. MayDay Rooms are grateful to Stefan Szczcelkun for depositing his Scratch Orchestra papers which includes documentation of the Richmond Journey and The Scratch Cottage as well as ephemera relating to the Slippery Merchants, a performance subgroup of the Scratch Orchestra that carried out “uninvited performative intrusions”. Stefan’s papers also provide materials relating to ongoing Scratch Orchestra gatherings, commemorations and concerts that have kept Scratch Music in the public eye.