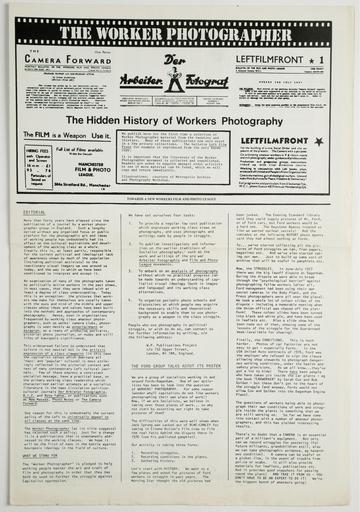 The Worker Photographer was a project initiated by Terry Dennett in the late 1970s. It explicitly set out to provide a partisan representation of working-class perspectives through the medium of photography. This approach took inspiration from Communist agitprop of the interwar period, such as the work of Der Arbeiter Fotograf and the Film & Photo League. As well as the industrial struggles of workers at Ford, themes addressed included safety in the workplace and the depiction of class relations in the bourgeois press. MayDay Rooms holds a collection of materials produced by the Worker Photographer.