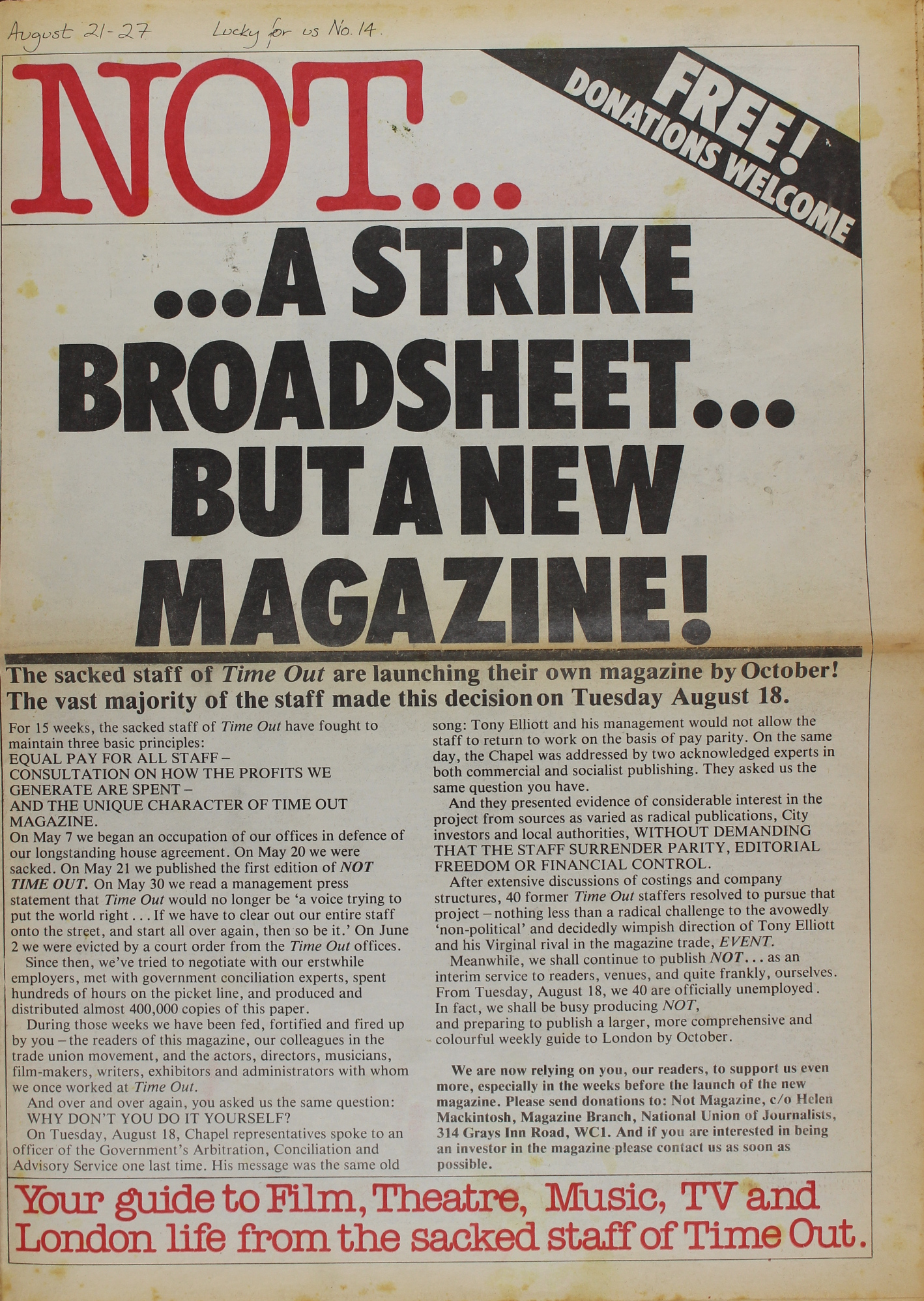 The Time Out Group, an international event-guide publishing business, started as a London listings magazine that emerged from the fertile alternative press scene of the late 1960s. Although the publication was initially founded and owned by one individual Tony Elliott, all staff received a flat rate of pay throughout the 1970s. In 1981 management attempted to impose new working practices and terms and conditions on the workforce, which included the introduction of a hierarchical pay structure. Workers responded by occupying the magazine’s offices and publishing a strike paper, not Time Out, which they then renamed not… in response to legal action. As well as reporting the dispute, the strike paper featured Time Out’s regular ‘Agitprop’ column of upcoming political events, a ‘Feedback’ section for messages of support (including advertisements that would have normally appeared in the magazine itself), Steve Bell cartoons and articles by striking journalists. While a fourteen-week strike failed to secure victory for the workforce, this dispute led directly to the launch of the alternative listings magazine for London City Limits, which continued publication for over a decade. MayDay Rooms holds a collection of material from the Time Out workers’ strike, including a full series of not Time Out/not…, leaflets and stickers.