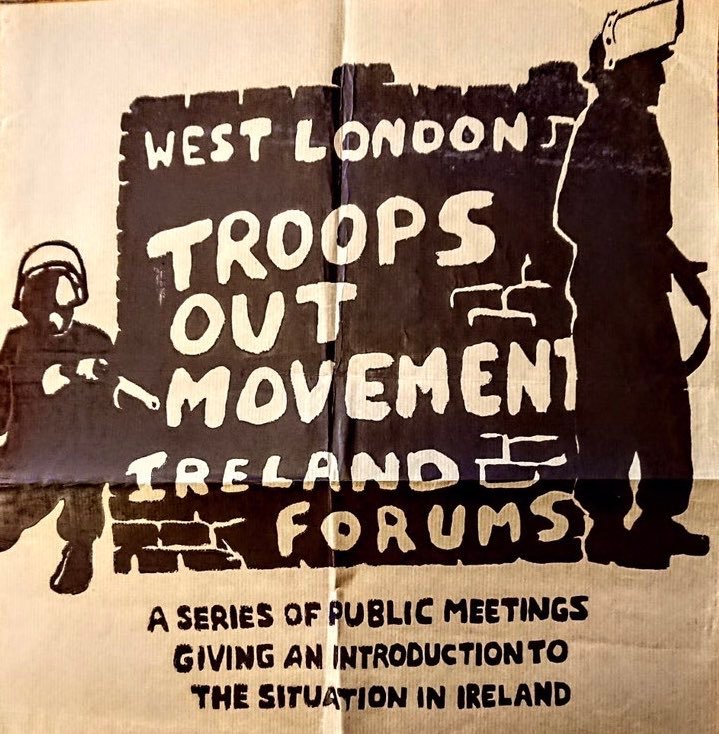 The Troops Out Movement  was formed in West London in 1973 by Irish solidarity activists. A campaigning organisation committed to bringing an end to British rule in the North of Ireland,  Troops Out Movement has two aims: British Troops Out of Ireland and Self-determination for the Irish People as a Whole. Over the next few months we will be scanning material from Aly Reynold personal collection around his involvement in the campaign to create a digital archive of TOM.

The Troops Out collection will build on our growing  collection of Republican ephemera from the late 1960s and 1970s during the first years of the troubles. These include an extremely rare nearly complete run of the news sheet ‘Free Citizen’, and its subsequent incarnation ‘Unfree Citizen’.  Also included in the collection are copies of the republican feminist journal ‘Banshee’, a number of copies of ‘An Phoblacht’, related ephemera including some materials from the Troops Out Movement, and a small number of posters