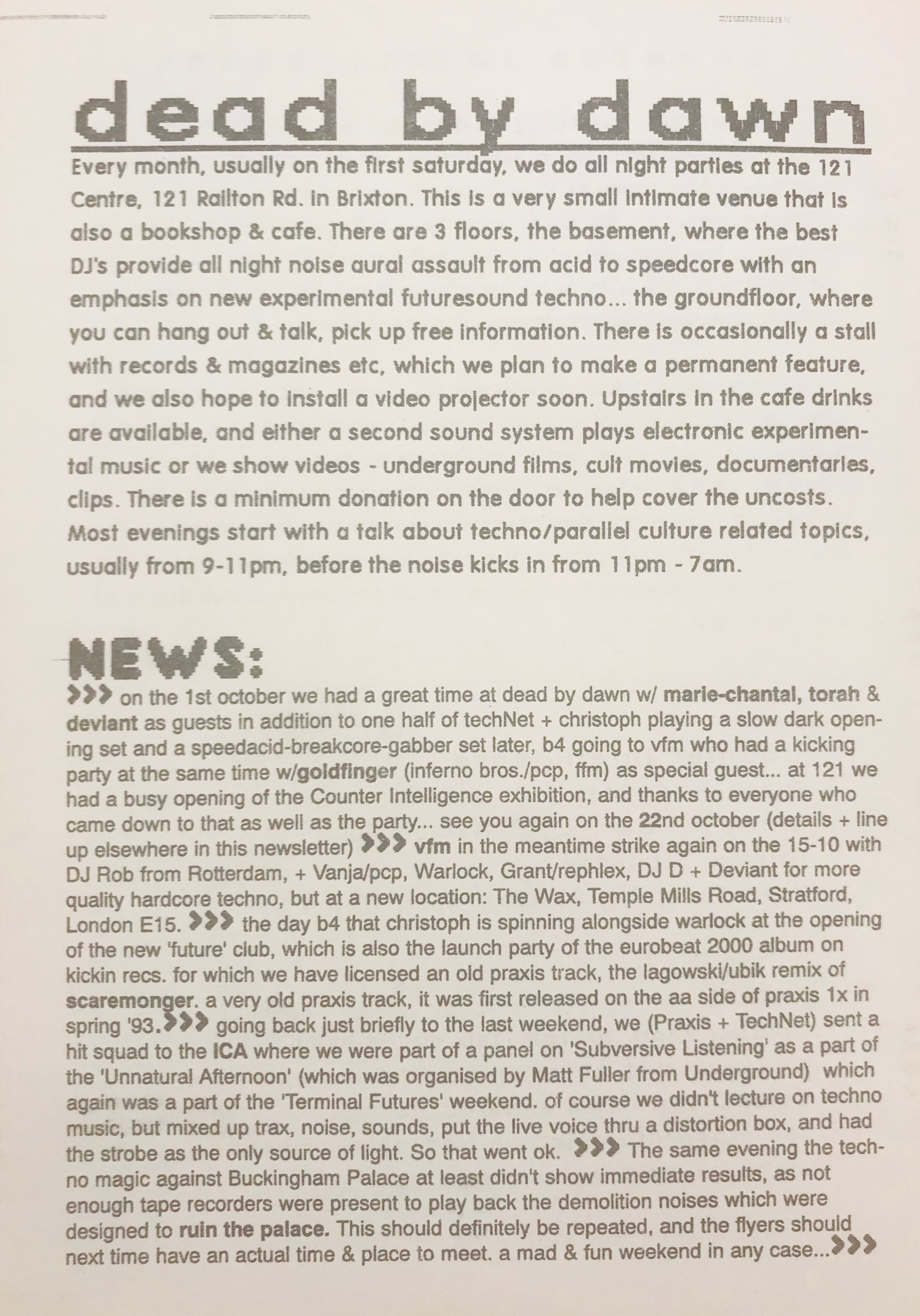 As a mass popular movement involving and uniting many subcultures the rave scene soon gained self confidence as a counter-culture and became subject to Governmental attack via the Criminal Justice Act (CJA). The ephemera deposited at MayDay rooms by William Shankly focuses on a period from 1993 and the Dead By Dawn/TechNet/Alien Undergound/Datacide assemblage centred on Brixton’s 121 Centre. Amongst the papers are zines from the period, flyers, news cuttings, correspondence and typescripts and drafts of TechNet writings. Some of these materials, especially those generated at the time of resistance to the CJA, were activated in October 2014 in association with History Is Made At Night at an event called ‘The Revolt of the Ravers’.