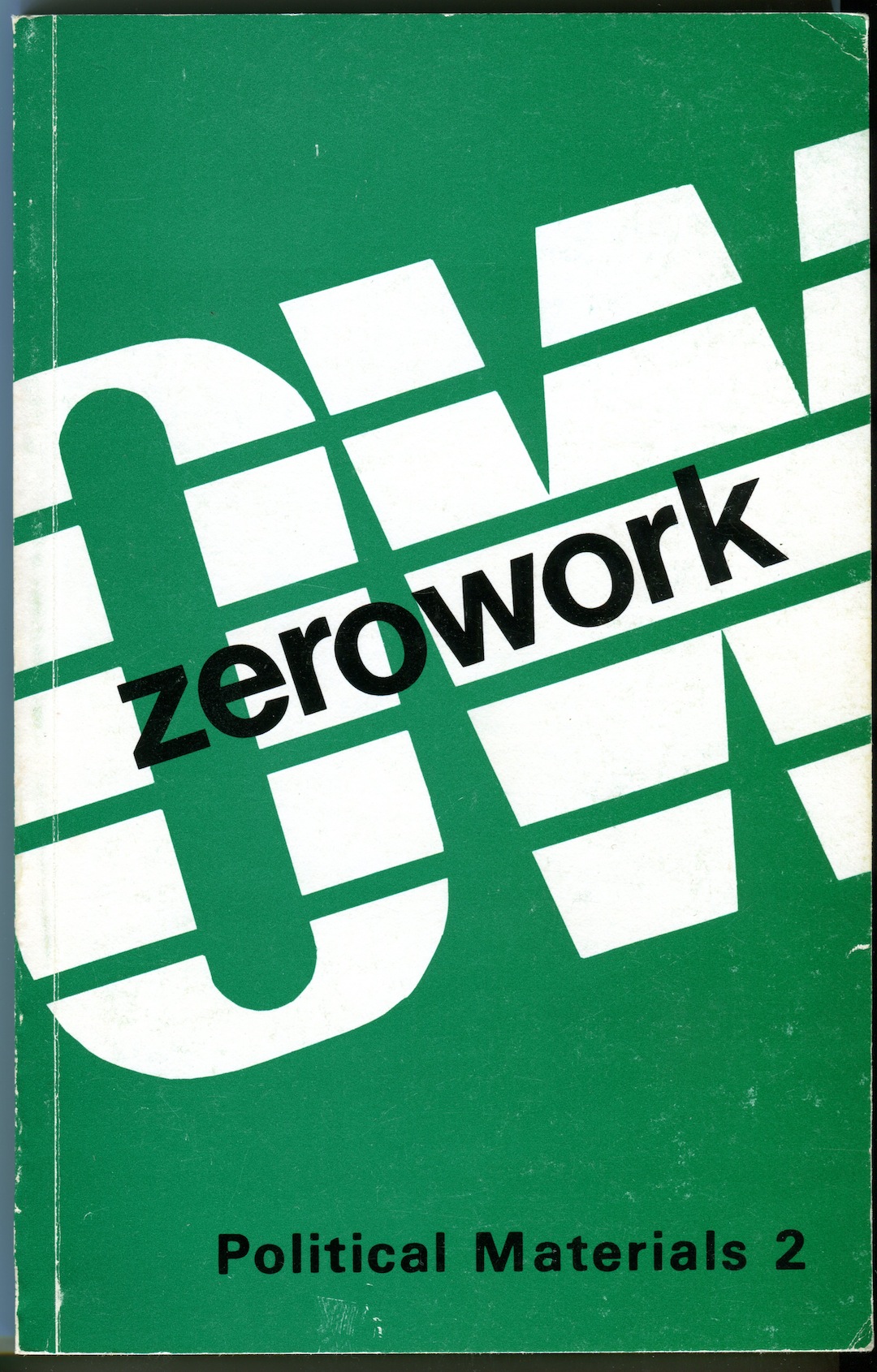 The Zerowork publishing group was formed in 1974 and could be said to have been informed by an early take up of Italian autonomist theory. Writing in the general introduction to the Zerowork website, Harry Cleaver, says: “Each of us had long been involved in various political struggles in the United States, in Canada, in England, and in Italy. Those struggles, as usual, always included debates over theoretical issues and those debates continued within our collective during the preparation of the first issue of the journal.” The first issue was published in upstate New York in 1975 and at the outset declared: “The present capitalist crisis has made the problem or working class revolutionary organization more urgent. But any discussion of revolutionary action must be based upon an analysis of the present relation of the working class to capital.” The analysis, carried out over two issues of the journal, has the working class rejection of wage labour as an underlying catalyst. A full run of the Zerowork journal as well as primary documents and pamphlets found their way to Mayday Rooms courtesy of Peter Linebaugh.