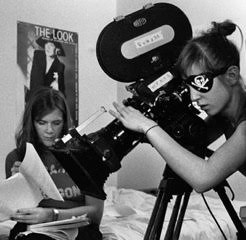 OTHERFIELD_ _is a radical film collective which shows films and runs workshops that come under the umbrella of ‘creative non-fiction films’ focusing on the process and the making of, for filmmakers and film lovers.
_OTHERFIELD _aims to showcase films that challenge the predominant and traditional voice and create a programme that is anti-establishment and thought-provoking. Our commitment is to create an environment where open and honest dialogue is encouraged, hierarchies are abandoned and a celebration of the creative voice is allowed to flourish.