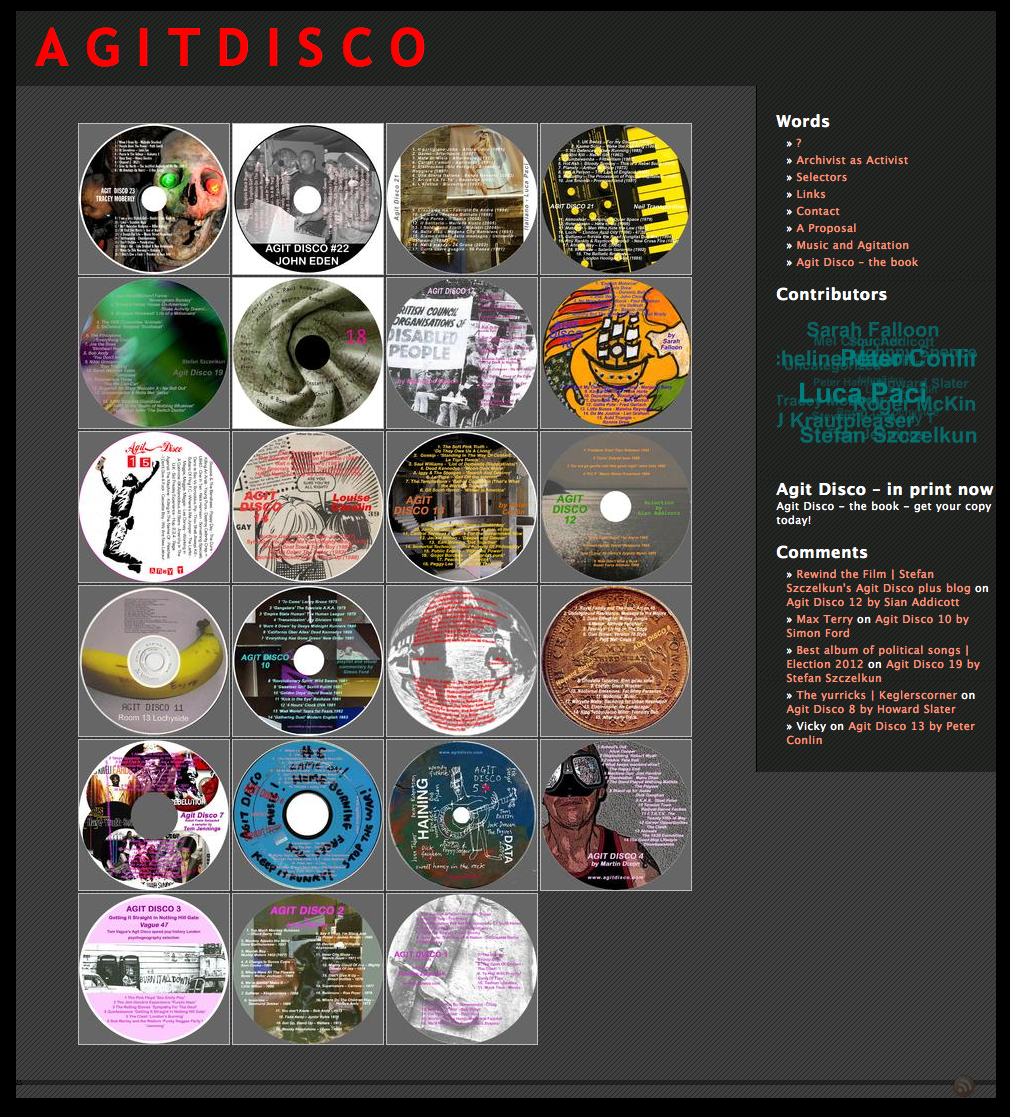 Agit Disco started as a project organised by Stefan Szczelkun which invited people to compile CD length playlists of music that had a political impact on their lives – it has now entered a dispersal phase.
You are invited to bring a track on vinyl that has had an impact on your life. You will be asked to say why you chose the track before playing it. The audience will be invited to make short comments afterwards. Stefan will kick off the session with a chronological set starting at 2pm. The session will be recorded.
The idea is simply to play records and have thinking and talking space between them. There will be a break for drinking tea and eating home-made cakes – please bring some.