A workshop exploring the ways in which Inside Film uses popular film in radical ways to raise political consciousness and give people the opportunity to tell their own stories, as most stories of the working class people are told by middle class people, who have no experience of working class life.
This project works form the fundamental premise that the people most suited to narrate working class lives are working class people themselves.
We explore representations of race ,class and gender and situate them within the context of a neoliberal system that has functioned over the last thirty years or so, to depoliticise the working class and make sure it is excluded from any decision making process.
We will have a talk, a discussion, and show chips from films made by prisoners , ex prisoners and food bank users.
Host: Inside Film began in August 2006 in HMP Wandsworth with the aim of using film as a means of creative expression and as an radical educational tool- we have worked with serving prisoners, people on parole and foodbank users. We teach people the basics of camera work and editing and then they make their own films. http://www.insidefilm.org/      Twitter: @deeinsidefilm
Book via Eventbrite 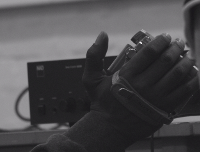