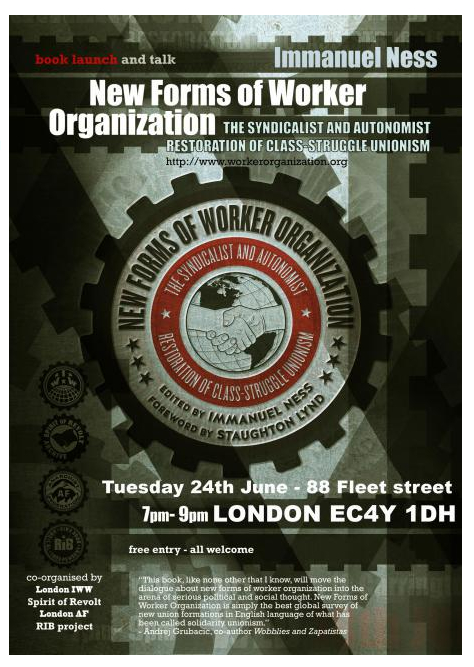 A rare chance to catch Manny Ness talking about contemporary class struggle and the growth of new forms of worker organisation in the syndicalist and autonomous tradition. As part of a speaking tour that takes in Scotland and Ruskin College Oxford, Manny Ness is in London on 24th June at this event organised by the London General Members’ Branch of the IWW. Manny Ness is a political economist who specializes in labour unions, political economy, class struggle, and imperialism. He is a professor of political science at Brooklyn College of City University of New York, and was previously a union organizer, taxi driver, food service and maintenance worker.