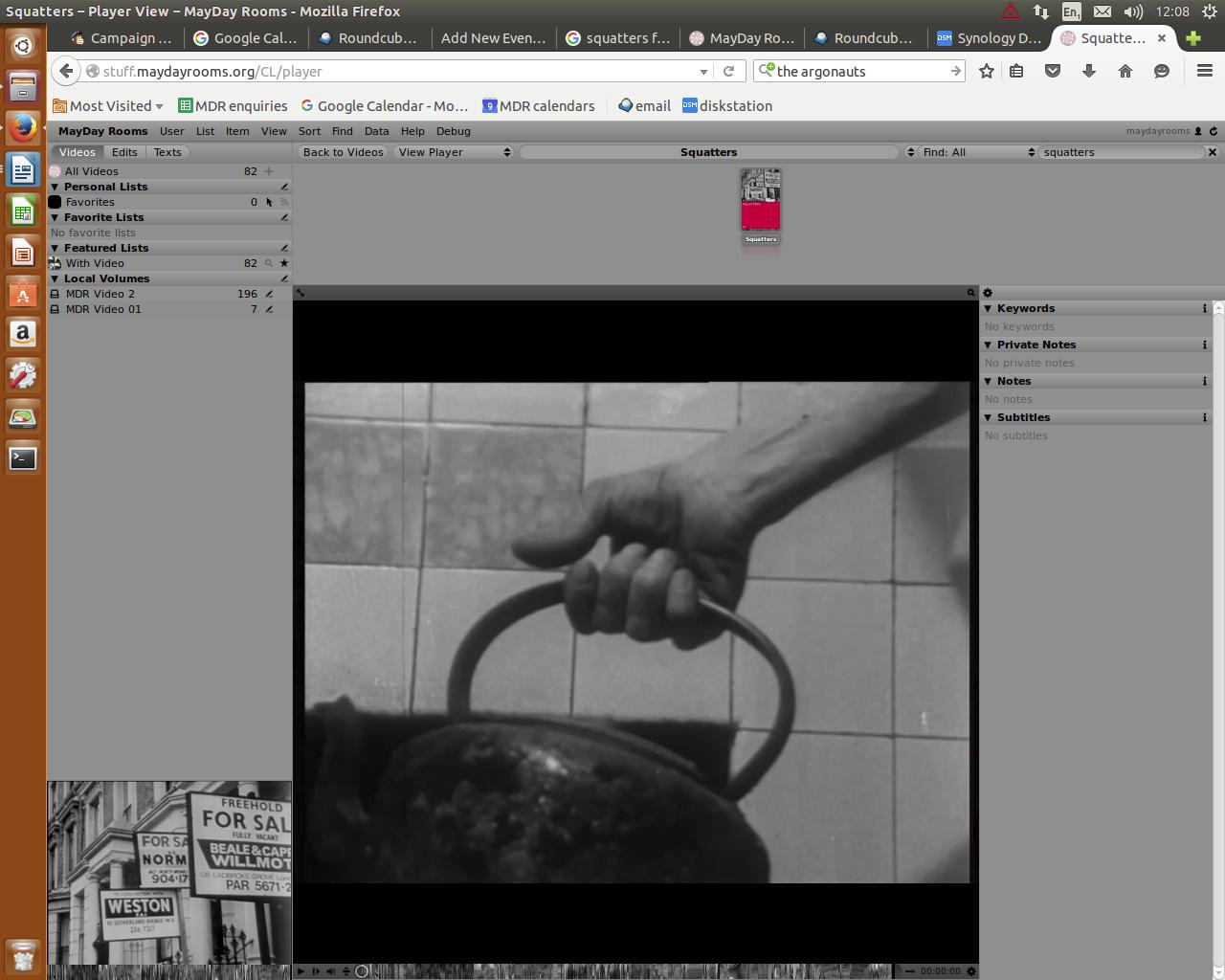 Squatters (1970) 17 minutes
Furthering the series of monthly screenings of recently digitised material MDR invites you to a screening of  Cinema Action’s short film Squatters (1970). This marks the first fruits of MDR’s working relationship with Platform Films in bringing back into view this collective’s rich vein of political filmmaking. Other Cinema Action films will be available to view in-house on the dedicated Pando.ra platform and this screening will be supported by another film that will be announced on the night.

All Work and No Pay (1976) 30 minutes
Back in 1975 the three year old Wages for Housework Campaign (WFH), though it already had an international network, was still meeting in front rooms. There was a squatting movement that made use of empty properties, and WFH joined it, squatting 129 Drummond Street, near Euston.  Women from the campaign made a BBC Open Door public access film, All Work and No Pay, broadcast in 1976 where the demand and campaigning for wages for housework are first put forward.  Includes vox pop interviews with grassroots women, including women of colour, by Selma James (founder).  Participants from England, Ireland and Italy, with great women’s movement songs in English and Italian.
For more information about the campaign as it continues today, go to Global Women’s Strike