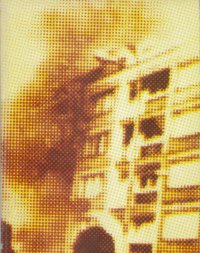 Wilfred Bion (1897-1979) is according to a recent book “the most cited author in psychoanalytic literature after Sigmund Freud.” We will examine how his work, specifically his “theory of groups” and his “theory of thinking” might be relevant to social change. His most well known work, Experiences in Groups, suggests that any group, including one focused on social change, has two sides, a “work group” aspect – related to what the group consciously thinks it is about, and the attitude and actions that reflect this purpose, and another aspect –  a mentality and activity that operates on a less conscious level in a way that often contradicts the conscious purpose. This theory helps makes sense of some of the strange and unpleasant experiences we have all had when participating in groups.  Bion’s “theory of thinking” involves a series of models of mental growth: how we learn from experience, come to know about ourselves and others and become capable of thinking about the world. A crucial part of it was to grasp forces at a social and individual level that resist such development. Bion suggests there within the group and (and the individual) a tension exists between what he calls “the establishment” and the “mystic”. One is a force of conservatism the other of innovation and new thinking. Development and mental growth depends on a productive tension, rather than a destructive or indifferent relation between the two. People might find it useful to look at an article which was instrumental in sparking my interest in Bion’s ideas:  The Internal Establishment by Paul Hoggett.