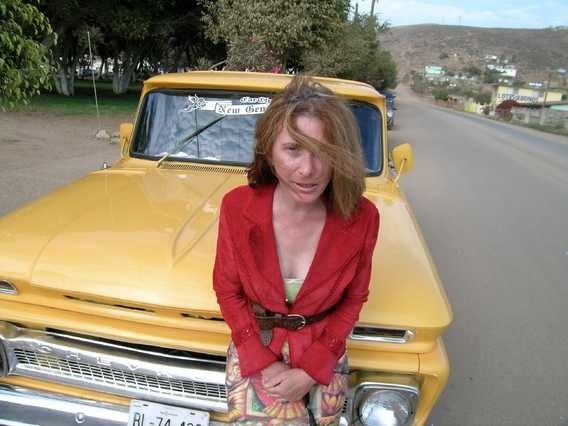 Between 9:30 and 11:30 I tried your number four more times but hung up on your machine. At 1:45 a.m. I tried again, your line was busy. At 2:05 I called again and finally reached you. At first your voice was cold, detached. You said you couldn’t really talk, but then you did, you did.

With I Love Dick being serialised on Amazon TV by Jill Soloway and its republication by Serpent’s Tail in 2015, we would like to come together to engage in a critical discussion of the work and continued influence of the American writer and film-maker Chris Kraus. So far, Under the Moon sessions have focused on worlds that differ radically from our own, often pairing historical examples with works of fiction. Kraus’s work disrupts any easy opposition between fact and fiction, but what kind of world does it open up?

Join us on Wednesday 27th April, 7pm @ MayDay Rooms to talk about it!

We want to ask: why Kraus now? What do people identity with, find compelling, adore (and/or abhor) in her work? How do her texts unfold and towards what? What kind of space does her work open up (and/or close down) for thinking through desire, anger, vulnerability, gender, exposure and politics? What has made her voice into the cultural phenomenon that it is today? How and why has she become such a significant influence on a younger generation of artists and writers almost two decades after I Love Dick was first published?

Though this discussion concerns the public/private life and works of Chris Kraus, we would like to bring this into dialogues with other forms of memoir, auto-fiction, confession, art writing and/or semi-autobiographical writing to ask what is particular about Kraus’ appeal. We don’t want to predetermine this part of the discussion or fix the connections in advance so invite people to bring along short texts or examples that might speak to or against Kraus.

Rose-Anne Gush and Linda Stupart proposed this as a topic and will host the discussion. Although we hope conversation can range across and beyond Kraus’s oeuvre, here are two short sections from I Love Dick – Route 126 and Add It Up – that we could use as a starting point and we’ll bring some other things along to the session too!