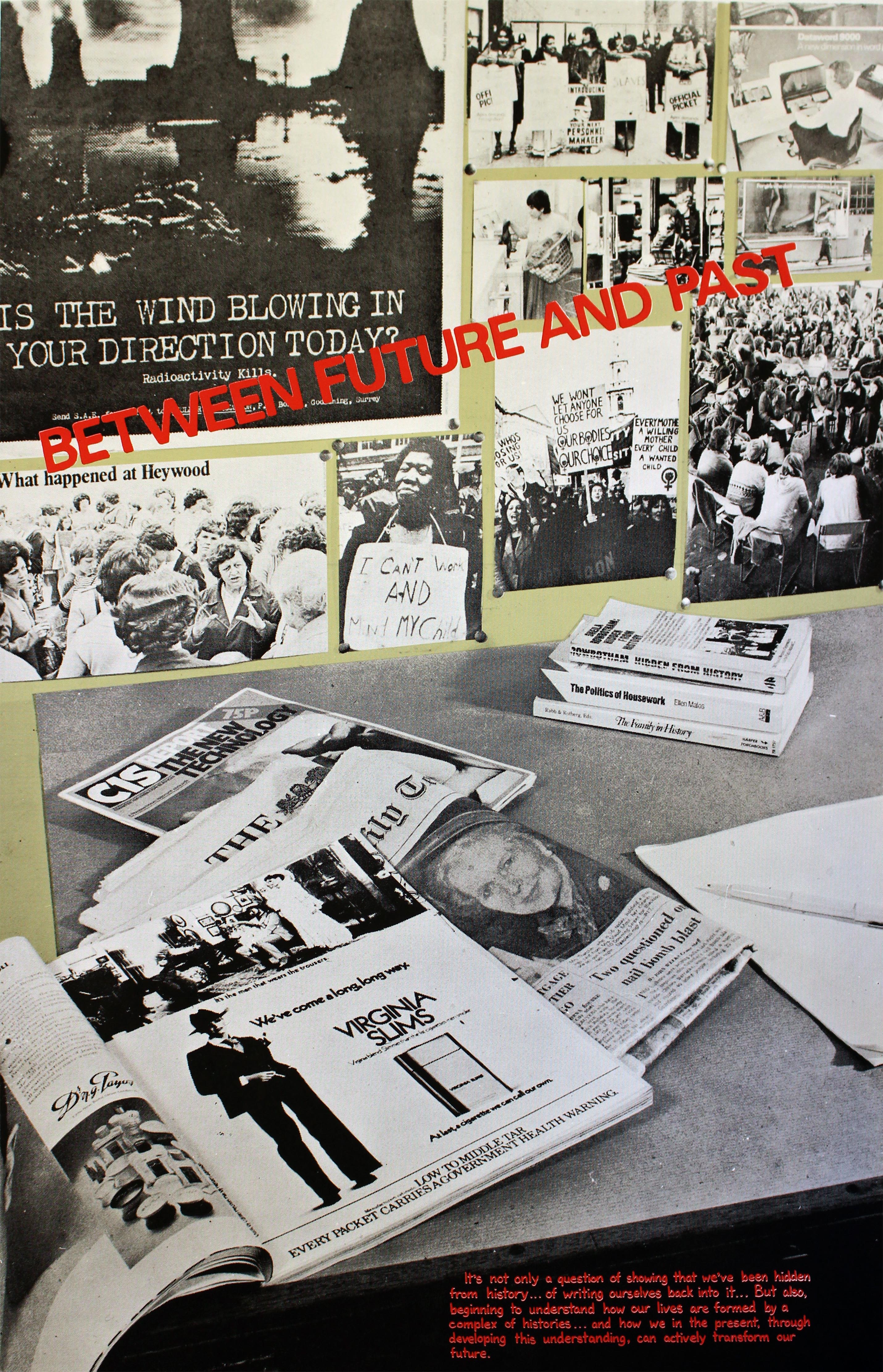 The ‘Recording Resistance’ symposium coincides with the opening of a permanent exhibition of material held at MayDay Rooms. These displays showcase a selection of documents, images and ephemera—reflecting the breadth of collections located in the building.
While the radical culture that emerged from the late 1960s lies at the heart of this repository, its scope also extends temporally back to the Communist affiliated Film and Photograph League of the 1920s and 1930s, as well as forward to the anti-capitalist movement of the late 1990s and early 2000s. It also encompasses a range of aesthetic, political and pedagological practices informed by a breadth of theoretical perspectives, from feminist poster collectives to migrant labour organisations.
The curation of this exhibition aimed to select items relevant to today’s experimental culture, social movements and struggles. In particular, this process set out to work in dialogue with workers at MayDay Rooms and other users of the building, to identify historic traces that related to to their own current activities, interests and concerns.
Making the archive’s content more visible to those who flow through the corridors of MayDay Rooms should also serve as an invitation to explore the collections.