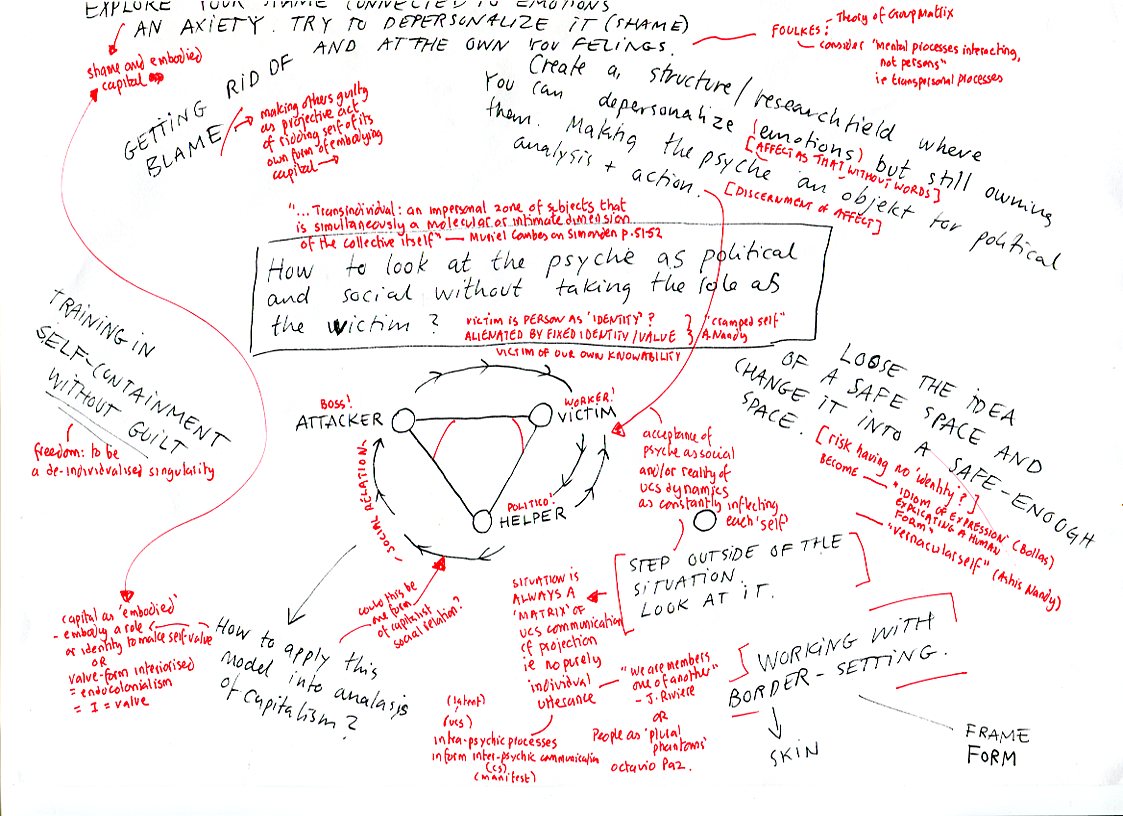 
This zine was assembled from research materials on 29th November. We would like to thank Gillian Woodward and Stefan Szczelkun for their support and participation. We would also like to thank the members of East London Big Flame whose Red Therapy Journal (1978), held at MayDay Rooms, has been an inspiration to this project.