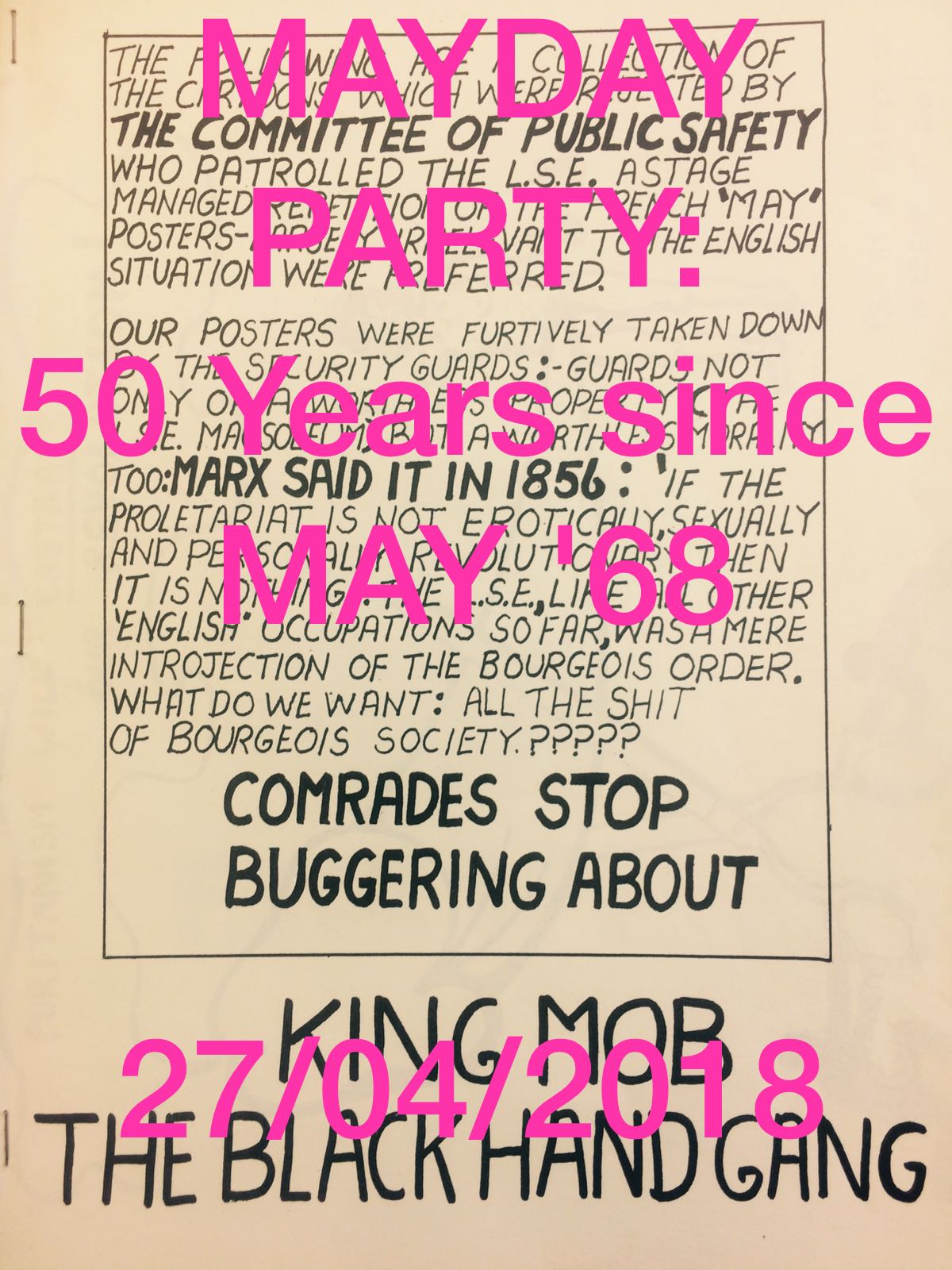 May 2018 this year marks fifty years since riots and protests erupted around the world against the backdrop of the Vietnam War and the Soviet Union rolling tanks into Prague. Students, workers, dropouts, communists, hippies, and anarchists came together trying to build a new world. Buildings were stolen, drugs were taken, police were beaten up, posters were printed, and some people had intense chats about Marcuse and Lacan. Although the protests were quickly crushed they changed everything: Out of this moment the Women’s Liberation Movement began to take shape and the stage was set for a decade of bitter workers’ struggles. A new form of social movement had been born.
To celebrate this anniversary, we’ll be eating and drinking, dancing and smoking, plotting and generally having fun on the evening of Friday 27th. We’ll be cooking some big pots of food, but please bring a dish, or some booze, or ferocious antagonistic joy. Invite friends and comrades. Come by and help us cook any time from 6pm onwards – we’ll be drinking until late.