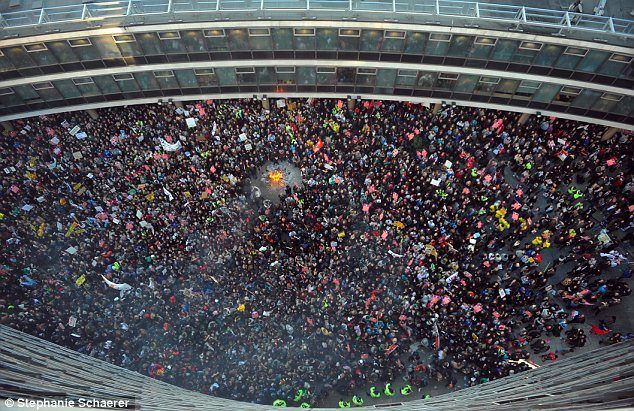 The coalition government came to power in May 2010. By November the windows of Conservative Party HQ at Millbank had been smashed in, by a crowd furious at the proposed tripling of university fees, and the abolition of the Educational Maintenance Allowance. A movement formed, leading to further protests, often violently repressed by the police; occupations sprang up at universities across the country. Out of that movement grew legal defence groups like Green and Black Cross, activist groups like UK Uncut, and media organisations like Novara. Some people formed crews to make squats and social centres; others started organising for better wages and conditions for precarious workers. The movement ultimately failed: the government’s legislation was passed into law. But the student movement in these years set the scene for the struggles against the first years of austerity.

On 20th February we will be holding a session offering a chance for people who were involved in the student movement to come together and reflect on their experiences, and to talk about how the student movement a decade ago relates to radical politics today. This session will be open to all people who were involved in the student movement – however peripherally and briefly! The event will be split into three parts: in the first a number of people will be asked to give short (3 minute) reflections on one aspect of the student movement. The next part will open up into an open discussion. And finally we will discuss the idea of building an archive of this movement. Right now MayDay Rooms has a small archive of mainly printed material from the time, but we would love to expand it, and we know lots of you are sitting on some documents from those bitter old days! If you want to come along and please enter your details into the eventbrite here.

If you want to give a 3 minute talk on one bit of your involvement in the movement then drop an email to jacob@maydayrooms.org. We will do our best to hear from as diverse a set of people as possible!