The Worse, the Better: Gaza, Israel, and the Pursuit of Perpetual Conflict 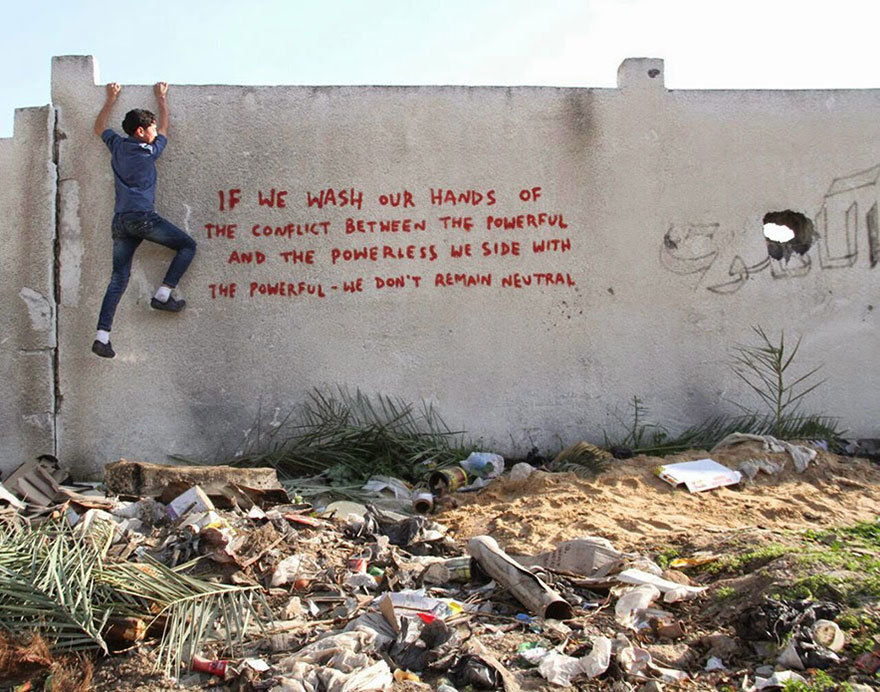 Please join a conversation between Wasseem Sarraj, Paul Aaron and Tom Hill, moderated by Aimee Shalan, who will together discuss last summer’s war and its aftermath, vis-à-vis the people of Gaza and the ruling government; Israeli objectives and the degree of their fulfilment; and possibilities for resistance, both from within the Strip and without.
WASSEEM EL SARRAJ, currently a mental health worker in London, is a writer on Gaza published in the New Yorker, the London Review of Books, the Cairo Review and Al-Araby Al-Jdeed.
PAUL GASTON AARON is a social policy researcher. His experience in Gaza includes work for local community organizations as well as for the United Nations Development Program. During last summer’s military campaign, ’Operation Protective Edge’, he reported from Gaza as correspondent for Politika, the Belgrade daily.
THOMAS HILL has taught the history and politics of Gaza at UC Berkeley (‘Microcosm? Theorizing the Gaza Strip 1920-2013’), Columbia and Cambridge Universities and Sciences-Po Paris.
AIMEE SHALAN co-founded Pressure Cooker Arts, an arts and advocacy organisation focusing on the Middle East (http://www.pressurecookerarts.org), and is director of Friends of Birzeit University, a charity promoting Palestinian access to higher education in the West Bank and Gaza (www.fobzu.org).
The three colleagues are currently embarked on a joint writing project. Eyad Sarraj: A Talent For Hope is the working title of a book now in its research stage. ‘Dr Eyad’, as he was universally and affectionately known, died in 2013 after a long battle with cancer. Like most Palestinians and Gazans, he was a refugee, forced out of what became Israel in 1948. But fundamentally, he was a child of the Gaza Strip who spent a lifetime struggling to make what remained of his homeland flourish. That homeland was Palestine, of whose suffering under Israeli occupation since 1967 Gaza became increasingly the symbolic core, never more so than during the 50-day war it endured last summer, the worst of three in five years.
This book is, at its heart, about a man and the place he loved. It is a book that seeks to tell how his attachment to Gaza shaped his multiple lives: broker between factional rivals Fatah and Hamas; partner with anti-Zionist Israeli activists; representative to the international community; vehement critic of corrupt Palestinian leadership; and Gaza’s first psychiatrist and mental health pioneer. It is also a book about failed dreams, about the devastating effects of Oslo and the so-called ‘peace process’, and about Israel’s
protracted campaign to induce dread, dependency and despair among Gazans.
“Eyad Sarraj was a unique figure, one of the most respected and beloved Palestinians of his generation, a wise and far-sighted peacemaker among his own people, and a compassionate and dedicated mental health professional who helped bring much needed relief to the traumatized population of the Gaza Strip. This will be an important book, telling Sarraj’s life story, and providing a picture not only of his many achievements, but also of the damaged society which he helped to heal.”
—Rashid Khalidi, Edward Said Professor of Arab Studies at Columbia University
The conversation will take place in the cantina on the 4th floor of MayDay Rooms. No registration is needed. Contributions to the potluck will be most welcome.