Art and Struggle in Latin America 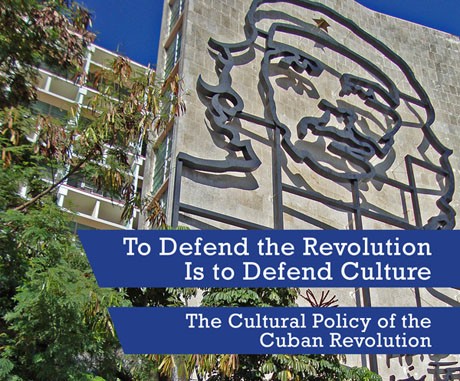 On the occasion of the publication of To Defend the Revolution Is to Defend Culture: The Cultural Policy of the Cuban Revolution (PM Press, 2015) MayDay Rooms will host a workshop presentation with author Rebecca Gordon Nesbitt. Between 1972 and 1979, a period universally known as the ‘grey years’, on account of the persecution of established Cuban artists and writers, Casa de las Américas – a cultural house established in Havana by guerrillera Haydée Santamaría just three months after the triumph of the Revolution – hosted four meetings of Latin American plastic artists. These meetings provided a forum for defining a role that could be assumed by all artists with a revolutionary consciousness. They were predicated on the need to configure an art that would signify a reencounter of artists with the people – an art that would become an intimate expression of what the nineteenth century poet and revolutionary, José Martí, had called ‘Our America’. Those assembled in Havana aimed to establish the function of the artist in Latin America, in terms of their individual and collective practice and the cultural strategies they would pursue. In this way, at a time when the vanguard potential of creative intellectuals was being compromised at home, artists positioned themselves at the forefront of the ideological struggle against imperialism at a continental level. This workshop provides an opportunity to examine the ways in which artistic solidarities were built in Latin America in the 1970s and to explore the potential that exists for similar and new strategies to be enacted today.

To Defend the Revolution Is to Defend Culture: The Cultural Policy of the Cuban Revolution considers the centrality of the arts to the Cuban Revolution. This previously untold story introduces all the main protagonists to the debate and follows the polemical twists and turns that ensued in the volatile atmosphere of the 1960s and ’70s. The picture that emerges is of a struggle for dominance between Soviet-derived approaches and a uniquely Cuban response to the arts under socialism, based on the principles of Marxist-Humanism. As the latter tendency eventually won out, this book foregrounds emancipatory understandings of culture.