ZOOM: Capitalism and its Horizons 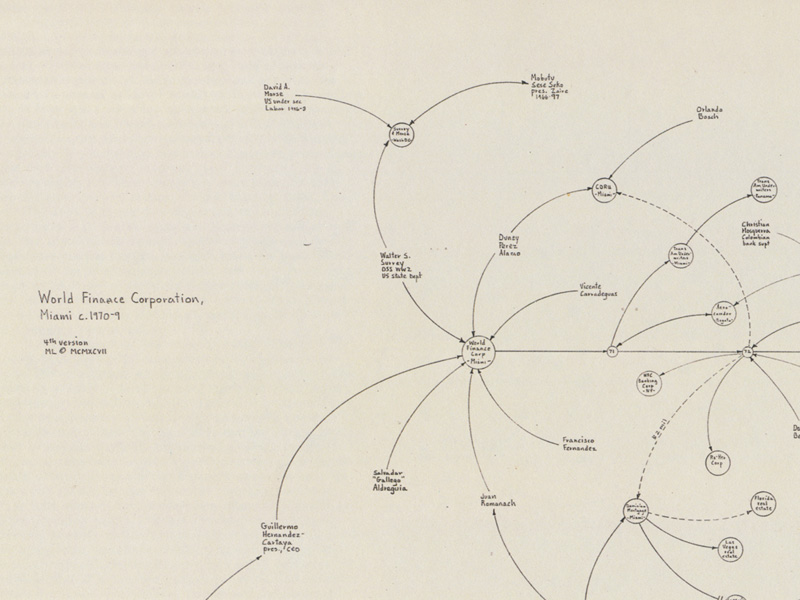 Talk of representation, or of capitalism for that matter, used to be dismissed as a kind of industrial anachronism. In recent years there’s been a surge in aesthetic and theoretical efforts to provide figurations or representations of capital as a complex totality – in film, video, art, literature and theory (think: Patrick Keiller’s Robinsonade, Harun Farocki’s Eine Einstellung zur Arbeit, Mark Lombardi’s drawings, John Lanchester’s Capital, Wealth of Negations’ pamphlets, Franco Moretti’s Distant Reading and The Bourgeois, Esther Leslie’s Synthetic Worlds) – not to mention the veritable obsession with the geographic and the cartographic pervading our hypermediated daily lives. Who isn’t a mapper these days?
This aesthetics of the economy – across various domains, both systemic and anti-systemic – has not necessarily translated into ways of ‘visualising’ capital to match the subversive creativity that accompanied the last great crises in the 1930s and 1970s. Please join a conversation between Alberto Toscano, co-author (with Jeff Kinkle) of Cartographies of the Absolute, and Iain Boal, author of Climate, Globe, Capital, who together will prime a discussion on the present aesthetic and political predicament, which combines a widely felt desire for the cognitive mapping of contemporary capitalism with all kinds of desultory and fetishised forms of ‘globe talk’.
Note: The image is by Mark Lombardi, ‘World Finance Corporation, Miami c. 1970-9’, 4th Version, 1997, Pierogi Gallery, NY.