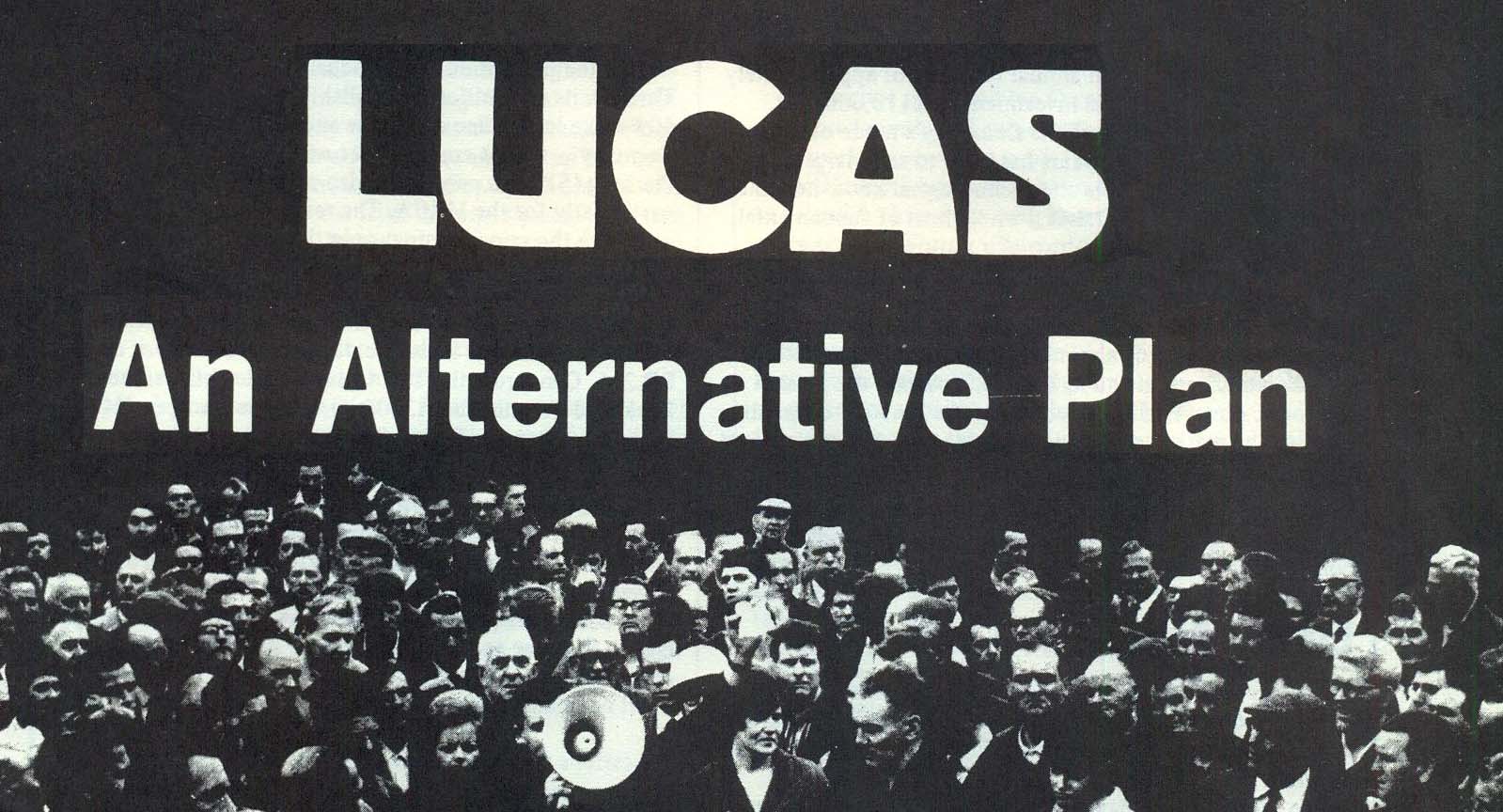 The Lucas Plan was a pioneering effort by workers at the arms company Lucas Aerospace to retain jobs by proposing alternative, socially-useful applications of the company’s technology and their own skills.

It remains one of the most radical and forward thinking attempts ever made by workers to take the steering wheel and directly drive the direction of change. This site is a collaboration between the Lucas Shopstewards network and the MayDay Rooms Archive.