50 Years on from the Troops Out Movement: Lessons for the British Left 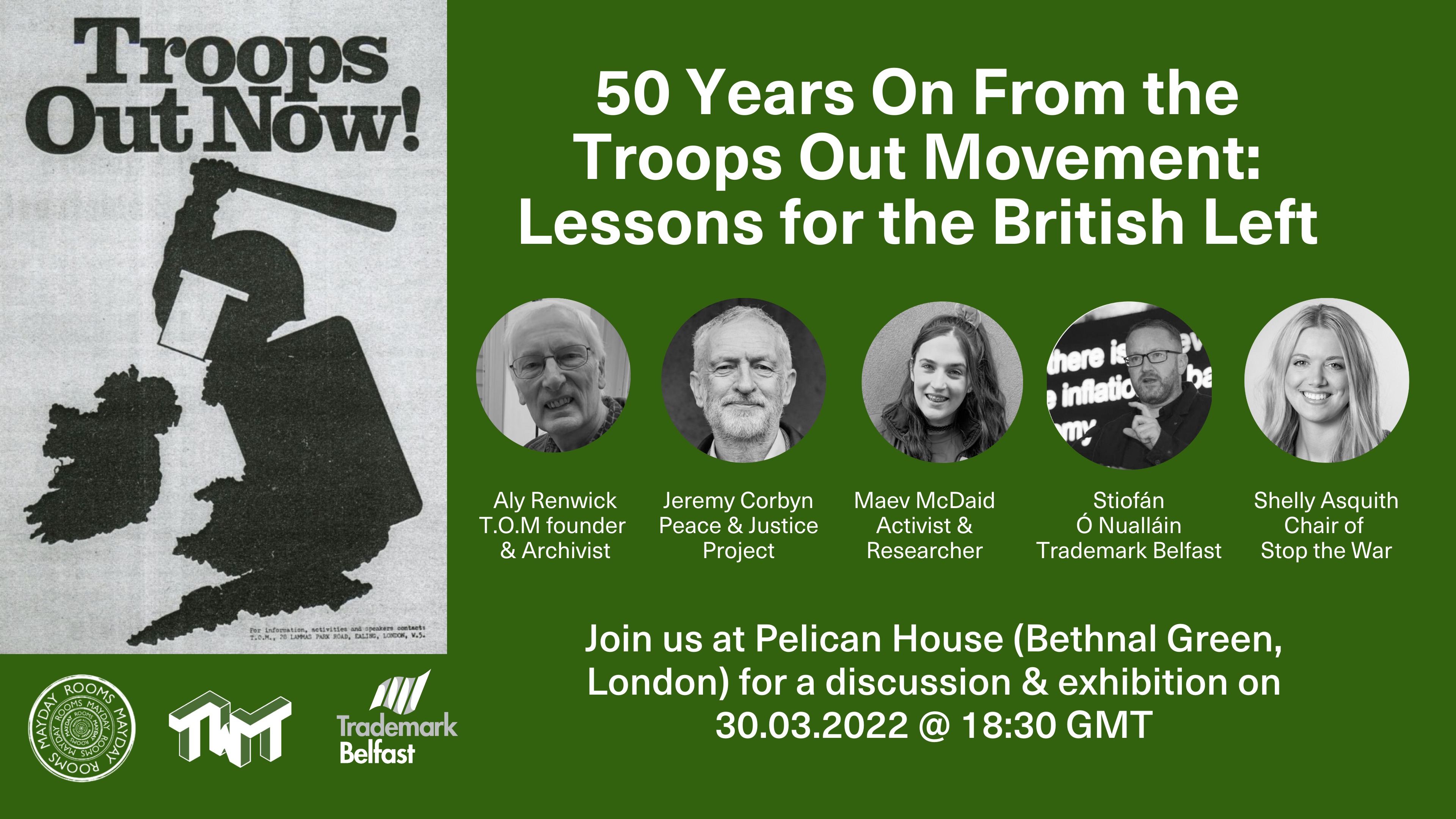 It has been almost 50 years since the Troops Out Movement established in England in response to British Soldier presence again in the streets of Ireland. The MayDay rooms is home to a significant amount of the publications put out by the Troops Out Movement, and we are delighted to have met with Aly Renwick – a founding member of the Movement – who will join us for a discussion around the motivations behind the publication and what the British left can learn today.

Chaired by activist and researcher Maev McDaid, we will also be joined in discussion with Shelly Asquith of Stop the War, Stiofán of Trademark Belfast, and long-term friend of Ireland Jeremy Corbyn of the Peace and Justice project.

Since the end of the Troops out Movement there has been a notable absence on the  British left have of the conditions in Ireland. This event is a chance to address some of those gaps and to celebrate the archive – a once important blue print for analysis that will now provide the framework for the discussion.

The event is free but please register here