Working Class Cinema: The Year of the Beaver (1985) 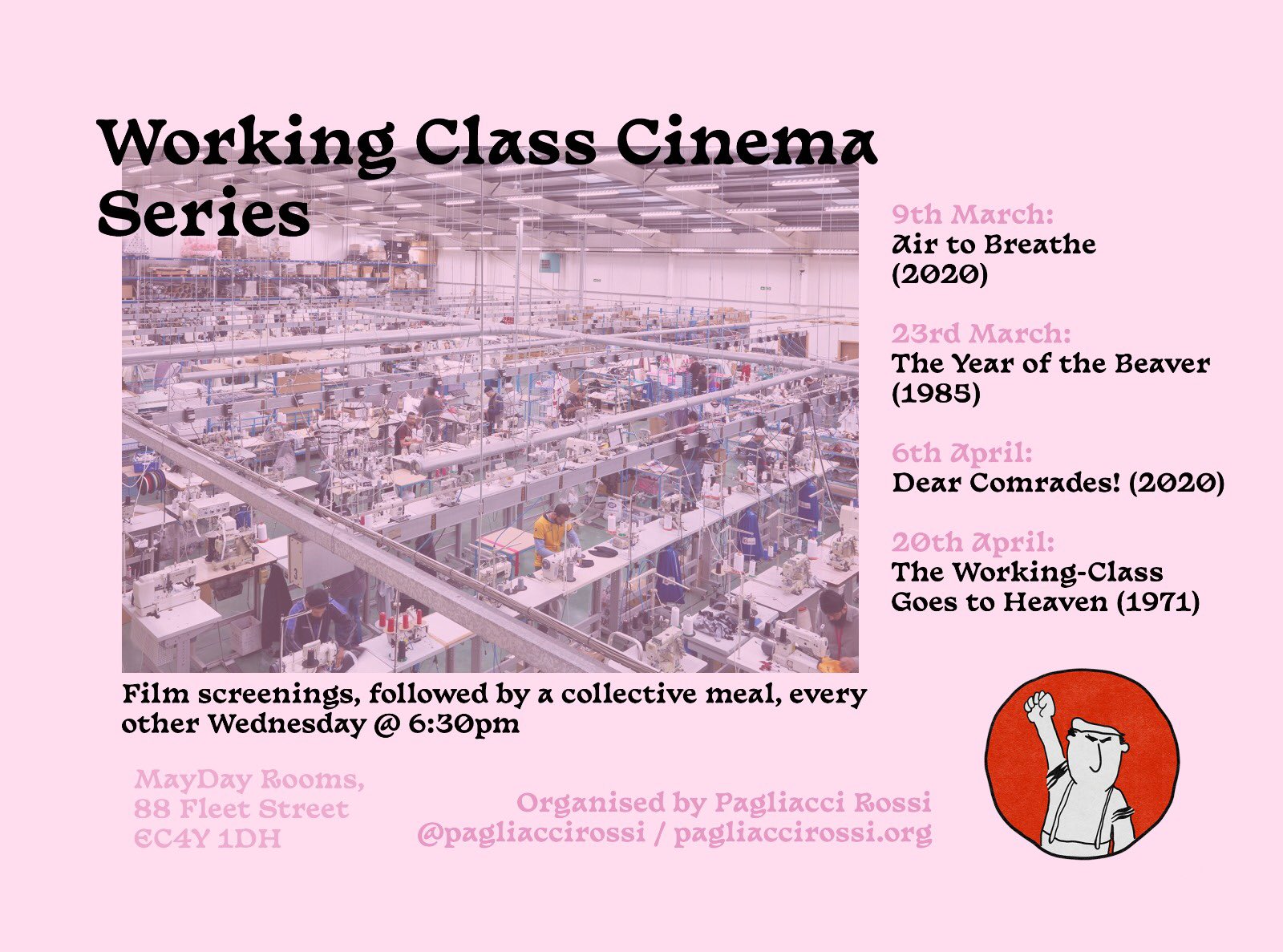 Pagliacci Rossi have a short program of films scheduled for March and April at MayDay Rooms,  addressing work place and community struggle ‘from the workers point of view.’ For March, our theme is ‘Strike!’ and for April it is ‘Workers Against the Machine’
Each film will be followed by a social in MDR’s kitchen, featuring a short update from a current workplace dispute. All food and drink sold will go toward strike funds.
Bring change!
Wednesday 23rd March
The Year of the Beaver (1985)
Running time – 78 minutes
Event link