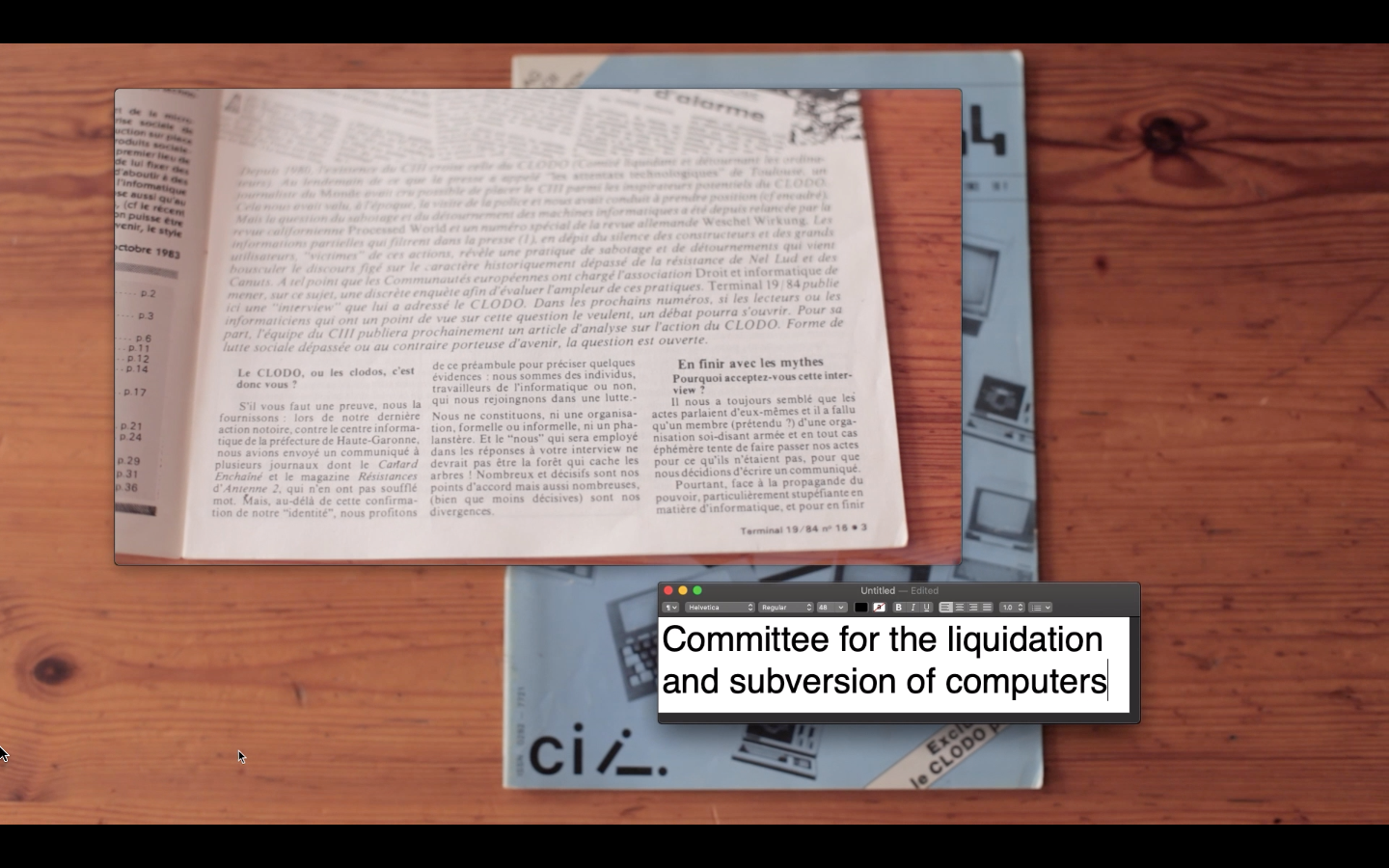 Machines in Flames (2022, 50min) is a cinematic search for the elusive group CLODO, who bombed computer companies in 1980s Toulouse, France. Journeying through the cybernetic nodes of military, industrial, and socialist development, the film exposes how recording devices fail to collect the ashes of history. The film combines archival traces, a viral desktop choreography, and paranoid footage of nocturnal stakeouts into a philosophical investigation of self-combustion.
https://machinesinflames.com/

Join the film-makers Andrew Culp and Thomas Dekeyser for a screening of the film Machines in Flames, followed by a discussion with cybernetic theorist and editor of Radical Philosophy, Daniel Nemenyi.
The film is the debut work of the Destructionist International, and the first in a series of films on the appetite for abolition in ultra-leftism.
Book you ticket here: https://www.eventbrite.co.uk/e/machines-in-flames-film-screening-and-discussion-tickets-472546267607